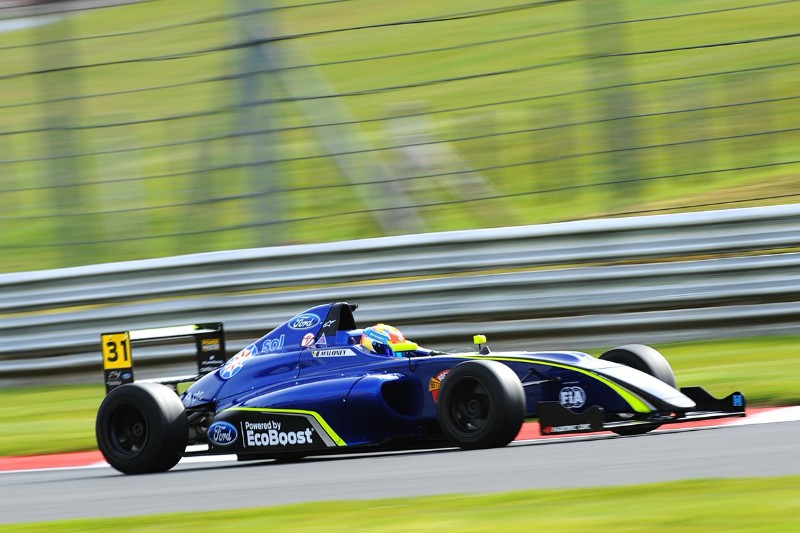 Maloney, who finished on the podium twice at the Brands Hatch season opener, set the best time of the day in the afternoon session.

Just a tenth of a second covered the three drivers behind him, with JHR Developments’ Josh Skelton and Carter Williams sandwiching Double R Racing’s Sebastian Alvarez, who was second fastest in the afternoon.

Alex Connor, who will be making his debut in the second round of the season at Donington Park, went faster than Arden team-mate Bart Hortsen, who in 10th place was just 0.883s from the front. Double R’s Reema Juffali was a further 0.236s back.

The absence of Turney, who took the first pole of the season and is currently seventh in the standings, wasn’t a total surprise as his deal with Carlin was only for Brands Hatch, and like Fortec Motorsports’ Mariano Martinez had a clashing commitments on the day of the Thruxton test.