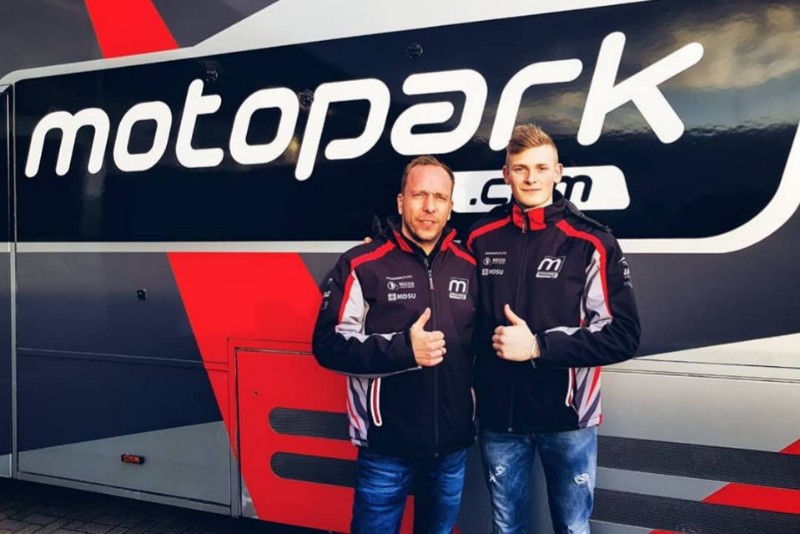 The 21-year-old drove in European F3 last year, taking two points finishes in the seven rounds he contested. He enjoyed an upturn in form after switching from Ma-con to Carlin for the final two rounds of the season, including qualifying sixth on the grid at Hockenheim.

Prior to that, the German raced in ADAC Formula 4, winning one race in his second year in 2017 on his way to 11th in the drivers’ championship.

?I?m happy to join Motopark in Euroformula Open,??said Hanses. “The last few months since the end of the 2018 season have not been easy. I?ve had to continue to focus and be motivated, even though I didn?t know if I would have a seat for 2019.

Alongside Hanses at Motopark will be Red Bull juniors Liam Lawson and Yuki Tsunoda, both treating EF Open as a secondary championship to their FIA F3 Championship campaigns. Another Euro F3 refugee, Japanese driver Marino Sato completes its four-car entry.

“I am very pleased that Julian is contesting the 2019 season with us in EF Open,??Motopark team boss Timo Rumpfkeil said.

?I have followed his career in formula racing very closely and I am sure that we can continue the successes of his 2017 F4 season seamlessly. The tests were very good and Julian has made significant steps. I am sure that together we will fight for podium results and race wins.?

There are now 20 drivers lined up for next weekend’s EF Open season opener at Paul Ricard, with reigning champion team RP Motorsport set to announce its line-up in the coming days.

Although the likes of Carlin’s Billy Monger currently do not have a budget in place for the full season, the grid is expected to grow during the season with a likely third Double R Racing car and another new team.