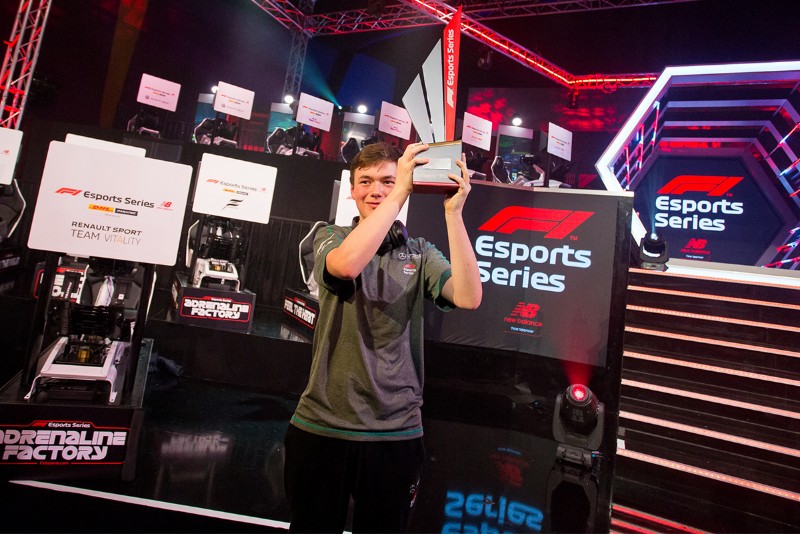 Leigh, who competes for Mercedes-AMG Petronas Esports in the virtual F1 series, will race of KMR’s Spectrums at the National FF1600 season opener at Snetterton. He will also compete at the following one-day meeting at Oulton Park, with further sporadic appearances possible later in the year.

Though Snetterton will be Leigh’s first taste of FF1600 racing, the 19-year-old has already done three days of testing with KMR in preparation for his debut, with team boss Kevin Mills suggesting he already has the pace to perform well.

“He was fast straight away,” said Mills of Leigh’s test runs. “He wasn’t too different to my other two drivers [Neil Maclennan and Michael Macpherson] really. His lap times were fairly similar. He’ll go well.

“I don’t know about his racecraft and being used to having 20 other cars all around him but certainly speed-wise, he’s compared quite well with my other two [drivers].

Leigh already has some real-life racing experience having competed for a place in the Race of Champions over the past two years, most recently narrowly losing out to fellow sim racer James Baldwin.

Despite his high profile in sim racing, Mills didn’t realise he was dealing with an Esports champion when giving him his first test.

“He just asked to come and do a test two months ago. I didn’t even know who he was – my son knew who he was, I didn’t know!” Mills said.

“He tested and he went quite well. I thought it would just be a one-off but then he came back and did two more days and he was very good again.”

Leigh is the second driver in as many years to switch from online racing to FF1600. Sebastian Job won a drive with B-M Racing last season through the JMR Scholarship.