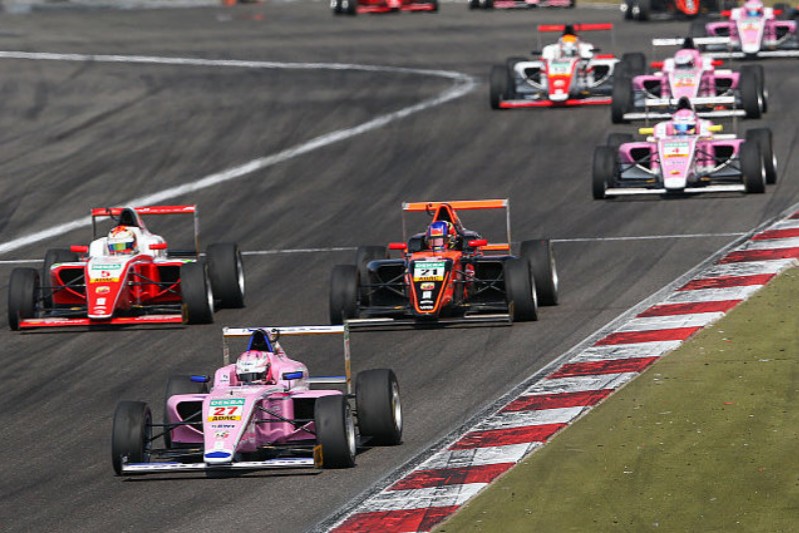 A total of 17 championships and one special event will or have utilised the FIA Formula 4 concept this year, and the cars can be seen in countries as far flung as Argentina and the Philippines. As per usual though it’s the European championships, many of which are continuations of other entry-level series, that will attract the most interest.

Here is Formula Scout’s preview of the drivers and championships to watch in 2019.

If you’re measuring a series’ wealth by how many Formula 1 juniors it contains, then the ADAC championship has to stands out this year with seven of its drivers subscribed to F1 teams.

The team with the heavy hitters is US Racing, ran by former Mercedes-Benz DTM chief Gerhard Ungar and Ralf Schumacher and in league with Formula 2 team Charouz Racing System.

After impressing in the Asian Formula 3 Winter Series, Ghiretti is arguably the lead driver in the line-up, despite his limited experience of European circuits and competition, but both Pourchaire and Leclerc impressed in French F4 last year for their youth and inexperience respectively. Stanek, who was seventh in the CIK-FIA European karting championship in the OK class last year, made his single-seater debut in F4 UAE las month, finishing sixth in three of his four races. 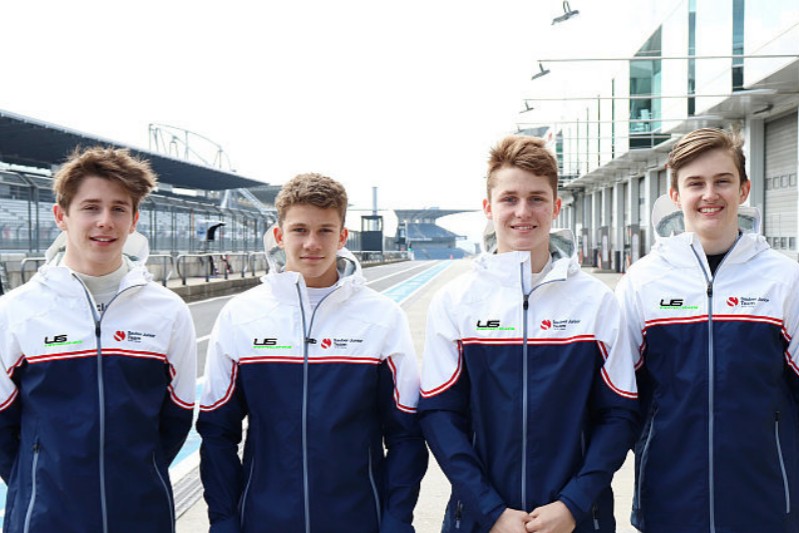 Prema, which took Juri Vips to the 2017 title, has second year F4 driver and Ferrari junior?Gianluca Petecof heading its quartet, although the 16-year-old Brazilian only has one podium to his name in Germany. His team-mates are reigning European junior karting champion?Paul Aron, younger brother of F3 race-winner Ralf, and Italian F4 midfielders?Oliver Rasmussen?and?Alessandro Famularo. Aron and Famularo will only contest selected Brazilian rounds.

British F4 race-winner?Dennis Hauger has joined VAR for his second season at this level (while stablemate and rival Jack Doohan moves to F3) and and will be joined at the team by?Niklas Krutten,?Ido Cohen and?Lucas Alecco Roy. Krutten won in his rookie season with Mucke Motorsport last year, and starred in F4 UAE over the winter.

Jenzer will be running a select number of rounds with?Jonny Edgar, third in the senior class of the WSK Super Master Series in karting last year, whose main priority will be the Italian championship.

Although it has no F1 juniors to its name, one of the most tantalising line-ups is at Mucke.?Nico Gruber has proven himself in the super competitive BRSCC National Formula Ford 1600 championship, Paraguayan?Joshua Durksen was one of the breakout stars of F4 UAE this year, and?Nico Gohler also made the podium in that series despite it being his first campaign in competitive motorsport. 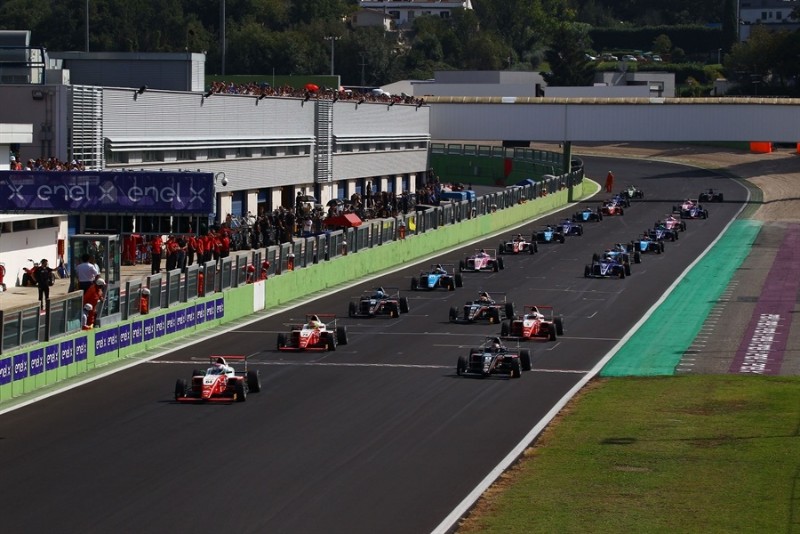 Many of the ADAC teams are running dual campaigns in Italy, although there are some differences in the line-ups.

Mucke has swapped Gruber for?William Alatalo, a winner last year, and Italian karter Erwin Zanotti. Prema has retained?Amna Al Qubaisi in a fifth car, US Racing is only running Stanek and Ghiretti, and Jenzer has?Giorgio Carrara on its books.

Alatalo is one of the strongest bets on paper, although Petecof performed better in Italy than he did in Germany last year, winning once and finishing fourth in the standings. Carrara beat Alatalo in the 2018 standings, but failed to win a race.

Having adapted quickly to F4 in Britain, it would be sensible to think Hauger will do the same on the continent. VAR’s previous involvement in Italian F4 has been bit-part though, which is what could make the difference against teams like Prema with vast circuit knowledge.

Bhaitech came close to winning the 2018 title with Leonardo Lorandi, and returns this year with F4 UAE champion?Matteo Nannini?and Formula Academy Finland champion and SMP protege?Mikhail Belov. They’re sure to battling with the best of the dual programme drivers.

DRZ Beneli has replaced Ian Rodriguez with F4 North European Zone graduates?Ivan Berets and?Jesse Salmenautio. Both were competitive last year, but like the team itself is unlikely to be fighting for the title. 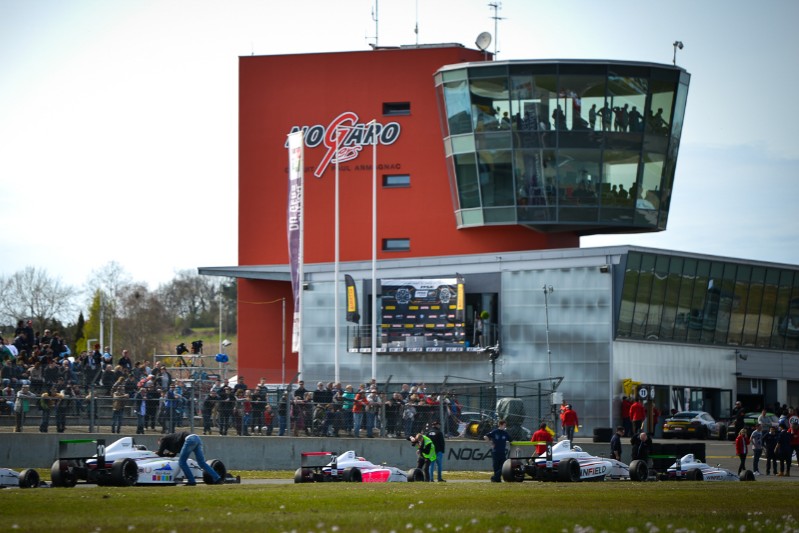 A place in the Renault Sport Academy is up for grabs for the French champion, and there are already several drivers who could stake a claim for the prize.

Sauber-affiliated?Stuart White is the most experienced driver in the field, and would be disappointed with anything less than the title after success last year in South African F1600.

There are several drivers bringing in car experience from elsewhere, and they should all be fighting for the title.?Hadrien David is currently leading the F4 South East Asia standings and comes well-prepared, utilising the same training facilities as Esteban Ocon.?Simon Ohlin was runner up in Formula STCC Nordic last year,?while?Mikkel Grundtvig?and?Valdemar Eriksen have both impressed in Danish F4.

While?Bryson Lew?has some experience in the Formula Car Challenge, fellow American?Nicky Hays has won in the F1600 Championship Series and was a finalist in both of the big off-season shootouts that offered paid-for drives in the series.

The most prominent of the karting graduates is world junior karting champion?Victor Bernier, who is joined in the Junior class for 14-year-olds by?Isack Hadjar, who won a free entry to the final round of the season by beating Bernier to the Trophee Winfield.

Ugo Gazil, Pierre-Fran?ois Duriani, Mathis Poulet and Paul-Adrien Pallot are all graduates of the junior karting championship that runs alongside the F4 series under the French federation’s academy umbrella, while?successful indoor karter?Sten van der Henst, who is looking to follow the career path of fellow Belgian Stoffel Vandoorne. 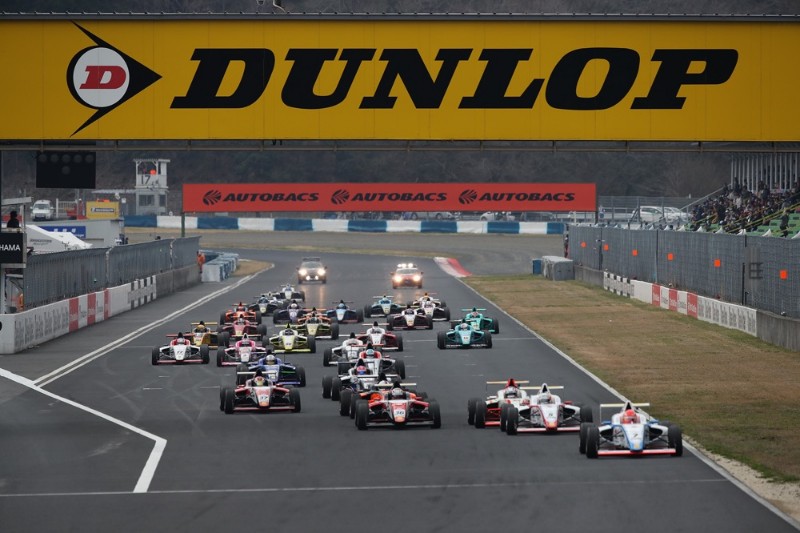 The Japanese championship usually has capacity grids, and 31 cars took part in last weekend’s opening round. The two teams to look out for are, as per usual, the ones backed by Japan’s biggest car manufacturers.

Honda Formula Dream Project has one standout driver,?Ren Sato, and after a slightly underwhelming 2018 season he’s already put down his title credentials for this year by winning the opening race. Team-mate?Atsushi Miyake was victorious the second race, just his third in cars, suggesting HFDP has at least two strong title contenders.

The 2014 CIK-FIA Karting Academy Trophy runner-up Kakunoshin Ohta was the team’s third car at the Okayama season opener, and took a surprise pole for race two. He looks quick, but has a lot to learn.

Toyota puts its support behind TOM’S, which is running?Seita Nonaka and?Hibiki Taira this year. Nonaka is already leading the standings, and was one of the stars of Japan’s domestic karting scene last year.

Le Beausset Motorsports’?Kohta Kawaai and OTG’s?Togo Suganami are the top returnees, and have stuck with the same teams they starred with last year. Suganami is joint on points with Nonaka, and his greater experience should come of use as the season goes on. 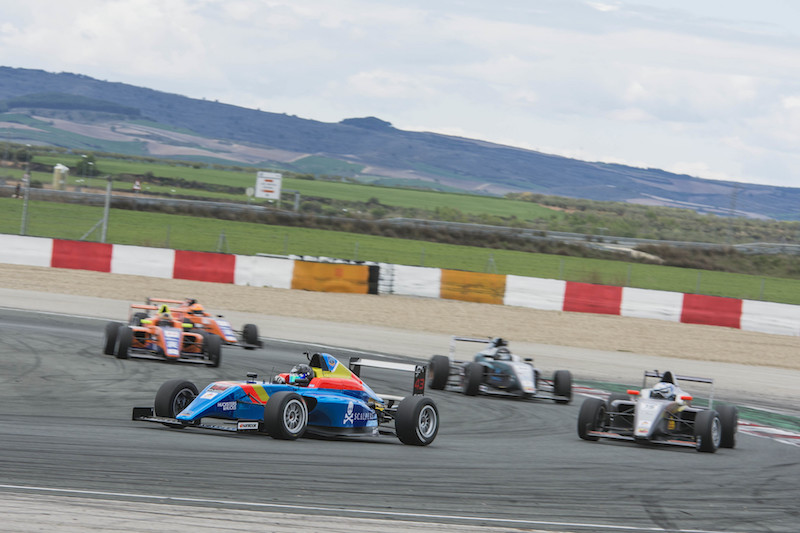 After a tricky 2018, where the grid started off with just eight cars, Spanish F4 is on for a resurgence in 2019 and has already provided drama in its first three races.

Much of the F4 UAE grid has moved to Spain, including the Xcel Motorsport team, and it is 2019 runner-up Shihab Al Habsi?who is currently the driver to beat. The Omani was an impressive karter, and was third best Junior in French F4 last year, but has come of his own this year.

He should be hard pushed for the Spanish title not least by UAE rival and team-mate Nannini, but rising Argentinian star?Franco Colapinto?too. Drivex School’s lead man, who has already impressed in F3 machinery despite his inexperience, won the first two races of the season opener but was then punished for a red flag infringement in the latter.

Even if further setbacks deny him being champion, he’s already gained the support of Fernando Alonso, and it wouldn’t be a surprise to see him in the Eurocup or Euroformula Open before the end of the year.

MP Motorsport could put a foot in the door of all three of their title ambitions with top Dutch karters?Tijmen van der Helm?and?Glenn van Berlo, plus Belgian?Nicolas Baert?and championship returnee?Rafael Villanueva.

There’s also a three-strong female contingent in Spanish F4 this year, and one has?has already won a race.

Global Racing Service’s?Belen Garcia?was the beneficiary of Colapinto’s penalty at Navarra, and like Praga F4’s?Nerea Marti?comes from the national karting scene. The last of the three is SMP-backed Drivex driver Irina Sidorkova, who aged 15 is already a touring car champion in her home country of Russia.

After a tricky first season, many are expecting?Arthur Leist?to demonstrate the form of his older brother Matheus this year in US F4.?Crosslink Racing with Kiwi Motorsport team-mates?Joshua Car and Jose Blanco-Chock?will be best placed to stop Leist from taking the title, with both being repeat winners in 2018.

DC Autosport with Cape Motorsports’ Teddy Wilson, like Leist, failed to visit the top step of the podium last year but is the only other returnee who looks like a title contender.

The 2018 runner-up may be returning for a third season, but it’s the reappearance of former Red Bull junior?Luis Leeds that has got people looking at the Australian championship.

Leeds’s 2015 Australian F4 campaign, where he finished a winless sixth, got the attention of Red Bull and he was sent to compete in the British championship. Third place in the standings meant he was promptly dropped at the end of the year, and he had a difficult 2017 season in FR2.0.

After switching to racing Porsches last year, it was a surprise to Leeds make a move to F4 for ’19, but it looks like the title will be all his. 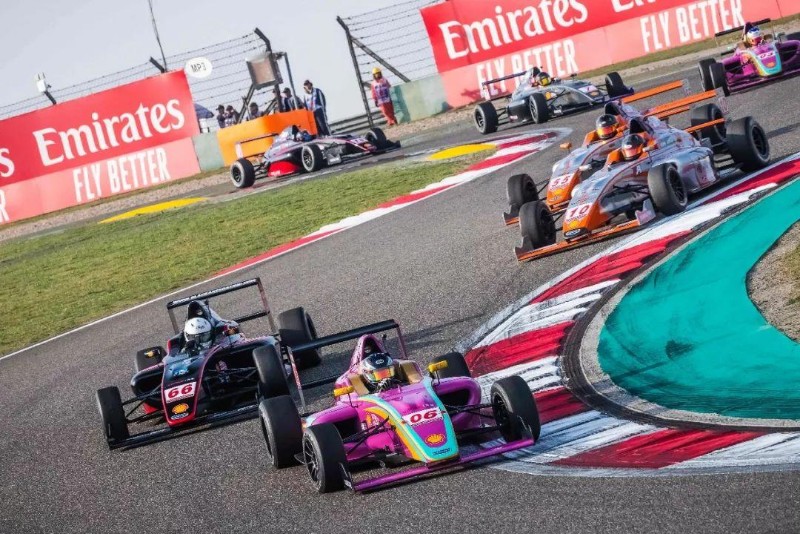 Swapping America for China is New Zealander?Conrad Clark?who, after the publicity of winning on the support package of F1’s 1000th world championship race, should be on quite a high. The local opposition can’t be taken for granted though, as Jordan Depsey’s 2018 title battle with Luo Yufeng showed. The returning?He Zijian and occasional GT racer?Min Heng look like Clark’s closest rivals.

Hadrien David will miss the second round of the F4 SEA season to compete in France, opening it up to any number of drivers to claim his points lead. Former British F4 racer?Lucca Allen is best placed of those, along with karting graduates?Elias Seppanen and?Emil Skaras, and Danish F4 star?Malthe Jakobsen.

Jakobsen’s old colleagues Grundtvig, Eriksen and?Jonas Lindhard Nielsen?will all be having another attempt at the Danish championship, along with the country’s reigning Formula 5 champion Mads Hoe and karter?Largim Ali. Two calendar clashes with the French championship could rule Grundtvig and Eriksen out of title proceedings.

There are three new FIA-backed championships this year, all in very different locations. Argentina will start its own series in July, and several of the Asian championships will combine for a one-off event at Ningnbo International Speedway called the FIA F4 Asian-Pacific Cup, with the grid split into teams according to nationality. The United States also now has a secondary series called ‘F4 Western’, which is a rebranding of the Formula Pro USA championship.

After a successful first season, Formula Academy Finland will return this year, and the organisers plan to run a championship in Russia with the backing of SMP Racing after the demise of the FIA-backed F4 NEZ. The similarly independent Formula Academy Sudamericana is also set for a stronger second season after its FIA-less resurrection last year.

Further reading
The top karting stars of 2018
Why Sauber now has its own junior team
Denmark: doing single-seaters differently