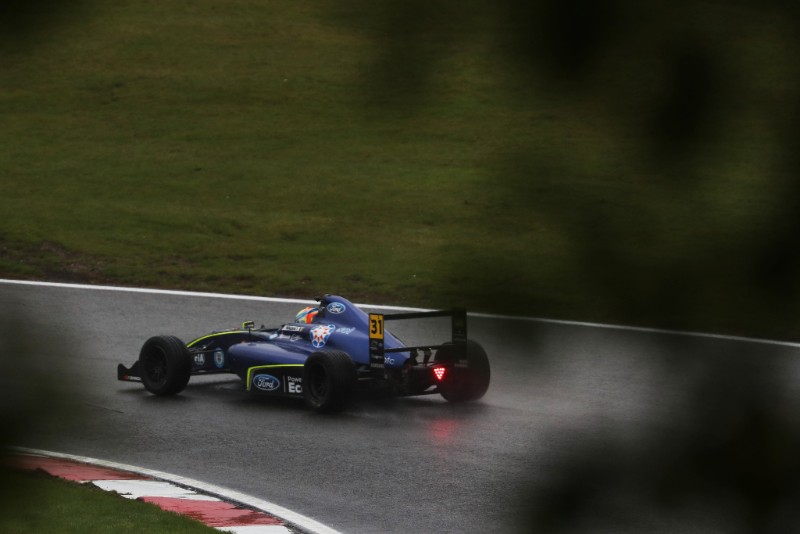 The pair, driving for Carlin and Double R Racing respectively, go into the final races of the season on Brands Hatch’s Grand Prix layout level on points after 27 races.

Rain hit the morning practice session, and it was wet weather specialist Luke Browning who went fastest for Richardson Racing by over a third of a second. Arden’s Alex Connor was second, with Alvarez rounding out the top three.

Conditions didn’t improve for the second session, with the track still soaking wet, and Maloney and Alvarez were closely matched at the top. Neither driver was the outright fastest in any part of the lap, but were consistently quick through all four sectors and thus had a substantial gap to those behind.

Based on best sector times, Alvarez was the faster of the two but his best lap was 0.287s off his ideal lap, while Maloney was less than a tenth of a second off his ideal.