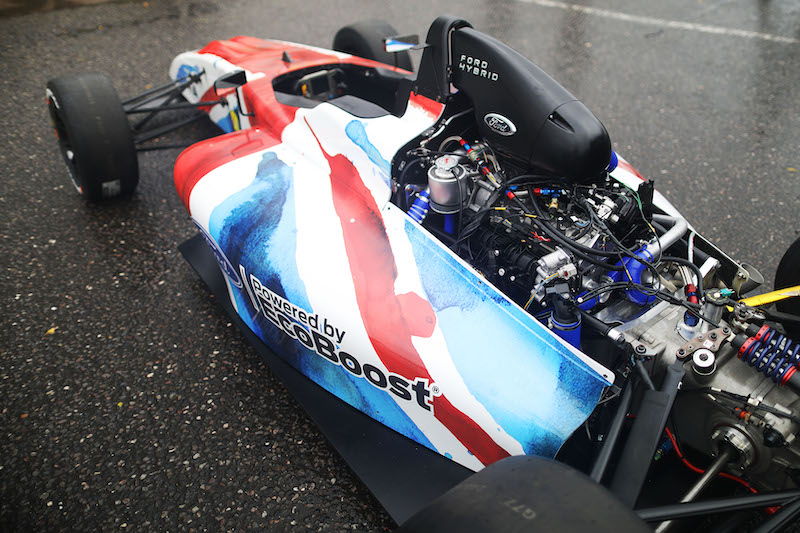 British Formula 4 is evaluating a move to ?mild-hybrid? engines along with partner Ford.

The series will run a demonstration car fitted with a 1.0-litre, three-cylinder Ford EcoBoost engine and a 48v mild-hybrid system on an evaluation and development programme throughout 2020.

It hopes the move from the 1.6-litre Ford engine run since the series? inception will ?offer exciting new opportunities for how the car is driven?.

?Consistent with what we have done in this grassroots level of motor racing for the past 50 years, we have brought our mainstream engine technology to the race track.?

If British F4 was to adopt the new hybrid system, it could be the first junior single-seater championship to race with a form of electric power, although the inaugural Motorsport Games event next month will feature the debut of a hybrid-powered F4 car.

?The 1.0-litre, 3 cylinder EcoBoost engine made its rally debut in the Ford Fiesta R2 as the backbone of the FIA Junior WRC Championship, but this is the first time that electrification technology has been applied to a junior single-seater championship anywhere in the world at this level,? Quinn said.

?We look forward to the development process and I?m confident the EcoBoost Hybrid will mark an exciting new chapter in Ford?s long-standing association with the UK?s single-seater racing scene.?

Championship promoter Sam Roach added: ?It?s fantastic to see this latest development in our relationship with Ford and the EcoBoost technology.

?The concept fully supports our philosophy of providing the next generation of motorsport stars with a modern technology-relevant platform on which to learn their craft.

?It?s clear to see hybrid technology is entering motorsport and we want to be able to introduce drivers to it at an early stage in their careers.

?We look forward with interest to the evaluation process and hopefully the introduction of the EcoBoost Hybrid into the F4 British Championship in the not so distant future.”