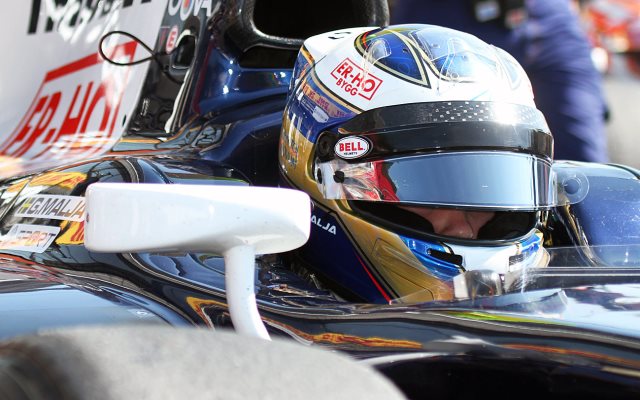 Gustav Malja will return to GP2 for the final two rounds of the 2015 season, driving for Rapax in place of Robert Visoiu.

Malja finished ninth in Formula Renault 3.5 this year with Strakka Racing as a rookie, and made his debut in GP2 at Spa with Trident.

Despite not having driven the car prior to the weekend, he scored a point for 10th place in his first race.

He will now step in for Visoiu at Rapax for the Bahrain and Abu Dhabi events, with the Romanian ruled out by an undisclosed injury.

?I?m massively excited about this opportunity to complete the remainder of the GP2 season with Rapax,? said Malja.

?I did get a taste for the GP2 car at Spa earlier this year, which will hopefully make things a little bit easier and help me get down to work right from the first session.

“I have never been to Bahrain or Abu Dhabi before, but they are now two established tracks on the single-seater calendar and racing there will be a great experience. This is a huge thing and I can?t wait to get started.?

While Visoiu sits 17th in the standings, the other Rapax regular Sergey Sirotkin is fourth after winning at Silverstone.

Team chief Andrea Bergamini commented: “We were sad to hear about the injury occurred to Robert and we wish him a prompt return on-track.

“Malja will rely on the support of both the team and his team-mate Sirotkin, as the Russian will be battling for third place in the driver classification. We will have 10 really challenging days and then, after the Abu Dhabi finale, we will start focusing on 2016.”