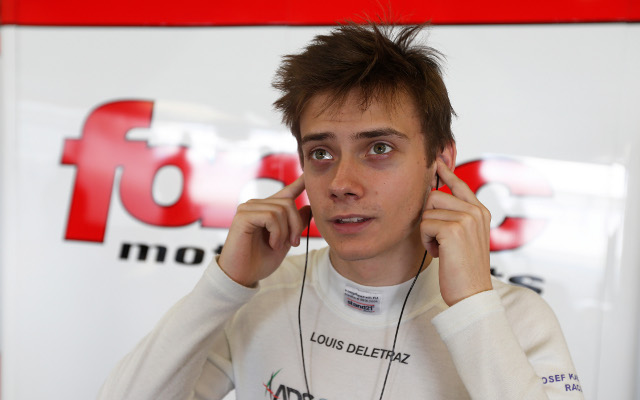 Louis Deletraz has secured a seat with champions Fortec Motorsports for his move up to the Formula 3.5 V8 series for 2016.

The 18-year-old Swiss driver will step up after three years in Formula Renault 2.0. He won the NEC title and finished second in the Eurocup this season, taking a total of 12 victories across the two series.

He then took part in all five days of official post-season testing in the 3.5 series, and occupied the Fortec car raced by Oliver Rowland to the 2015 title throughout.

“I’m very proud and happy to join Fortec Motorsports, I could not wish for a better team to step up in Formula 3.5 V8,” said Deletraz, who has already contested a round in the series at Spielberg in July with the Comtec squad.

“I only did five days testing with the team and it already feels like home. I’m very lucky to have such experienced people around me and I can’t wait for the season to start.”

Among the drivers to test Fortec’s other car across the Jerez and Aragon running was Jack Aitken, who beat Deletraz to the Eurocup title and also won the Alps crown.

Aitken previously raced for Fortec in lower categories from 2012-14, but has also sampled 3.5 equipment with Arden and Strakka.