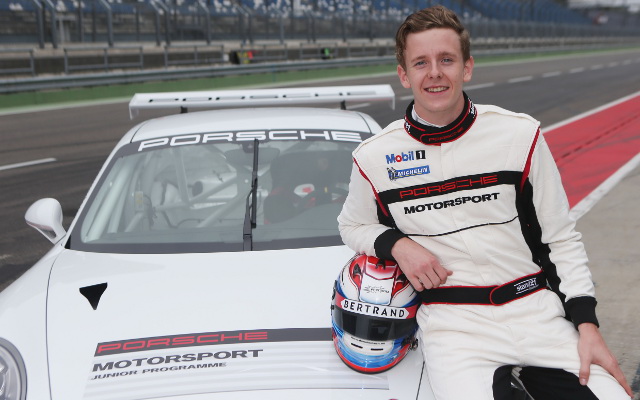 Single-seater ace Dennis Olsen has been picked as a Porsche Junior driver for 2016, winning funding to compete in the Porsche Carrera Cup Germany.

The 19-year-old Norwegian came out in top of a selection process for drivers new to GT racing, beating more than 100 other candidates.

Olsen entered car racing in 2013 after a successful karting career, and finished third in Formula Renault 2.0 NEC in his rookie season. He then moved onto the Eurocup and finished second.

Funding restrictions forced him to stay in the category for a third season in 2015 and he experienced a tough campaign, finishing down in eighth in the Eurocup.

Olsen will be one of four Porsche Juniors next season. Ex-Formula 3 racer Sven Muller won the respective shootout two years ago and remains part of the programme after finishing second in the Supercup this season, as does another ex-F3 driver Matteo Cairoli after being the top rookie in the series.

Joining the scheme is Matthieu Jaminet, who succeeds Cairoli as the winner of the shootout for existing one-make racers after finishing second in the French Carrera Cup.

The 21-year-old has single-seater pedigree, finishing third in French F4 in 2010 behind Stoffel Vandoorne and Norman Nato before spending the following season in FR2.0.

Predecessors of Olsen include fellow Scandinavian Michael Christensen, who is now a fully-fledged factory driver in the World Endurance Championship.