It may have taken until his fifth season in GP2 to begin a serious title challenge, but Davide Valsecchi is using the experience he has built up to good effect…

No driver has ever graudated to Formula 1 after more than four seasons in GP2. The odds must be stacked against Davide Valsecchi then, as the Italian enters his fifth year in the category. Saying that, he’s doing exactly what he needs to; putting his experience to good use by leading the championship and putting in performances like his sublime double victory in Bahrain last weekend.

Davide began in single-seaters in 2003, aged 16, in Italian Formula Renault, finishing up 15th. His second year in the category brought little improvement as he finished 14th in the standings. Meanwhile his Cram Competition teammate and fellow second-year driver Pastor Maldonado was winning the championship. Davide stuck at Formula Renault for a third year in 2005, and finally scored a couple of podium finishes as well as a pole position to place seventh in the standings. He also contested three Italian F3 races that year, scoring one podium and ending up seventh in the standings in what was a poorly-supported campaign.

2006 saw Davide make the step up to Formula Renault 3.5, driving for Epsilon Euskadi. He finished an impressive tenth in the standings, pickup two podium finishes, as well as a pole position at his debut round in the series at Zolder. Sticking with the Spanish squad for 2007, Davide slumped to 16th in the final standings. He did though claim a maiden victory at the Nurburgring. 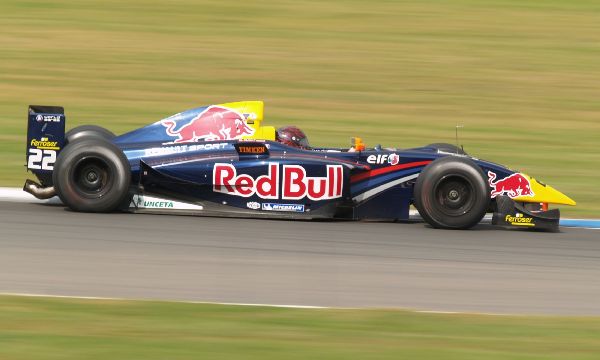 Valsecchi in 2007, when his teammate was Red Bull-backed Filipe Albuquerque. Photo: Darren/estoril

Undeterred by an unsatisfactory second season in FR3.5, Davide made the step up to GP2 in 2008 with the Durango team. His career in the category began with the Asia Series at the start of the year, where he finished a strong eighth in the points with a record of six points finishes from the ten races.

Davide’s main series campaign was hit early on by a heavy accident in qualifying for the second round of the season at Istanbul. He suffered mild concussion and a spinal injury, keeping him out of the following two rounds. Upon his return he claimed victory in the season finale on home soil at Monza after starting from pole on the reverse grid. That result gave him 15th in the final standings.

The start of the 2008-09 Asia Series saw Davide score another win from a reverse grid pole, this time at Shanghai. He finished the 12 race campaign fourth in the points, only two points shy of runner-up Jerome D’Ambrosio as Kamui Kobayashi won the title.

Remaining with Durango for the 2009 season, Davide became a member of the Renault Driver Development programme. His season would be a disappointment however, despite a switch to Addax in the middle of the season to replace Renault stablemate Romain Grosjean, who had been handed a race seat with the F1 team. He finished the year 17th, with just one podium finish. 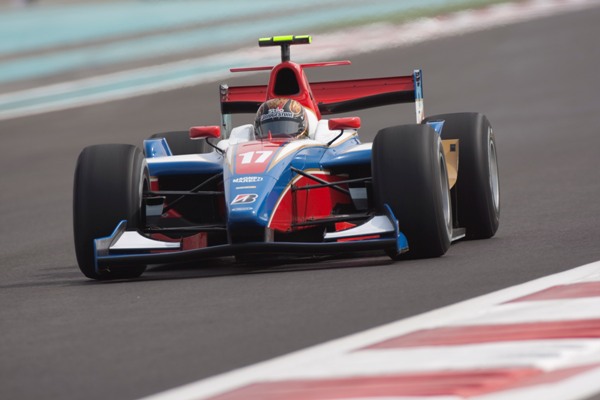 He switched to iSport for the 2009-10 Asia Series, and the partnership immediately worked as Davide racked up three wins and three second-places from the eight races in Abu Dhabi and Bahrain to win the title with ease ahead of his rookie teammate Oliver Turvey. Expecting to carry that form into the main series, he would again be a disappointment as he continued to struggle with the newer generation of car used in the main series. It took him until the very last race of the season, again in Abu Dhabi, to win a race as he finished eighth in the standings.

His Renault involvement having ended with the change of management at the Enstone team at the start of 2010, Davide got his first taste of F1 shortly after his Abu Dhabi win with the HRT team, impressing the Spanish squad with his pace. It would be Team Lotus he would sign to become reserve driver for though, in a deal that saw him contest a fourth season in GP2 with the sister AirAsia outfit. He would contest free practice in Malaysia with the team.

In the Asia Series, which would be made up of just four races, he made a good start with the brand new team by finishing third in the first race in Abu Dhabi. He finished up seventh in the standings. Three rounds into the main series he scored the first victory for his team in the feature race in Monaco, and after the subsequent Valencia round he sat third in the standings, just four points away from the leader, that man Grosjean. He somehow failed to score any more points for the rest of the year though, and slipped to eighth in the points.

Valsecchi in action at the 2011 Malaysian Grand Prix. Photo: Morio

With four years under his belt in GP2, it looked as though it would be time for Davide to move on to forge a career in another form of racing in 2012. He was having none of it though, and signed to replace Grosjean at DAMS. After demonstrating stong pace in pre-season testing, he claimed pole for the season opener in Malaysia. A poor start however meant he only finished the race in second.

Round two at Bahrain was a different story. Clear of the field in practice and qualifying, Davide ran away with race one, and then came through from eighth on the reverse grid to snatch the race two victory on the very last lap. Unsurprisingly, the result put him in the points lead.

Talent rating: How well a driver does in a category like Formula Renault 2.0 is usually a good indicator of raw talent – and Davide’s results there suggested he had little of it. Since then he’s shown flashes of brilliance, but failed to turn that into consistent results across a whole season. He’s clearly become a much better driver as he has gained in experience, improving in both speed and consistency. 8/10

Chances of getting to F1: Davide is backed by his father’s construction firm Ediltecnica, who having managed to fund five seasons of GP2 probably have sufficient funds to tempt an F1 team too. He’s going to be very difficult to ignore if he keeps up his current form, but it remains to be seen whether any teams will be happy enough with his raw talent. Not a problem a small cheque can’t deal with though. Italy’s current lack of an F1 driver could attract extra attention too. 8/10 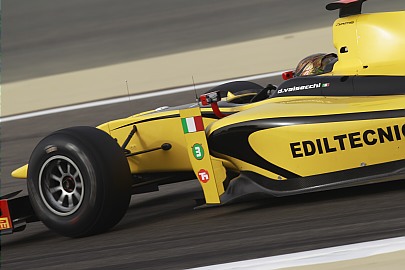