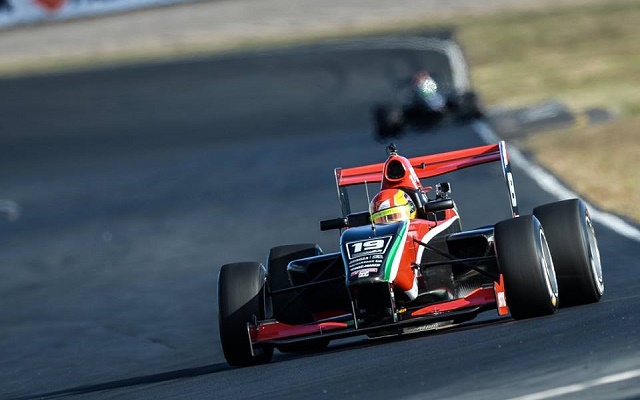 Arjun Maini became the fifth different pole winner in the fifth qualifying of the 2015 TRS season at Hampton Downs, while Brandon Maisano took his second pole of the campaign in the session after that.

The first shootout was dominated by Maisano, Maini and Sam MacLeod early on, with the trio repeatedly rotating in the top three spots.

A red flag, triggered by Nikita Mazepin, stopped the clock with four minutes left and Maini in the lead. There was no drama after the restart and the Indian remained in the first spot.

MacLeod and Maisano made up the top the top three, while karting graduate Callum Ilott achieved his best starting position so far with fourth place.

In the second session, Maini took an early lead, yet about halfway in, Maisano set a new benchmark time, leading by three tenths.

While some drivers came close to matching him, the Frenchman’s time would not be beaten, leaving him as the first driver to top multiple qualifying sessions in TRS 2015.

MacLeod and Maini once again completed the top three and Eastwood continued his strong form with a fourth. Randle took fifth followed by Artem Markelov and Ilott.

Ferrari junior Stroll will start the final race of the weekend in eighth while Dzhon Simonyan and Ferrucci round out the top ten.