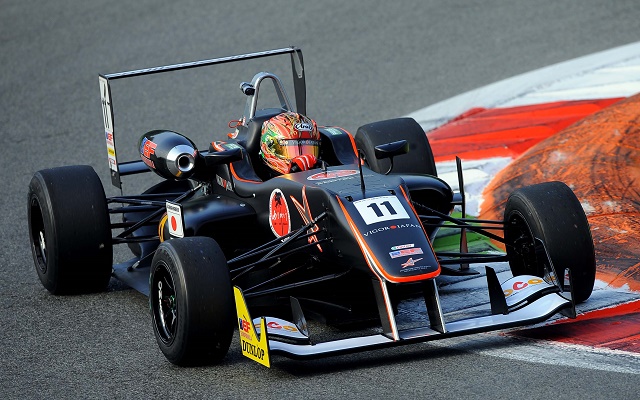 The 20-year-old racer will spend his second year in the series after a promising rookie season in 2014.

Kanamaru began his racing career with two years in Formula Renault 2.0. He didn’t score points in either of his Eurocup campaigns, but did become a race winner in the NEC series.

He then moved on to Euroformula Open and had a great rookie year, finishing fourth just behind the leading trio of Sandy Stuvik, Artur Janosz and Alex Palou.

?I am very happy to have Yu working with us another year. Our aim is clear and ambitious at the same time, to be the winners of the Euroformula Open. We have strengthened our technical and sporting staff, and I feel confident about our chances for this season.”, said Emilio de Villota Jr.

“Without doubts it is great to have a two-year program with the same driver, as it places us in a privileged position to fight for the title. Our results last year proved how good our work was. That is our starting point for the Winter Series, when we will able to finalize details to prepare our season properly,” he added.

In 2014, the Spanish team had two full-time entrants in Kanamaru and Che One Lim and finished the teams’ championship in fourth. Kanamaru will race alongside Mexican Jose Manuel Villalta in the team this season.