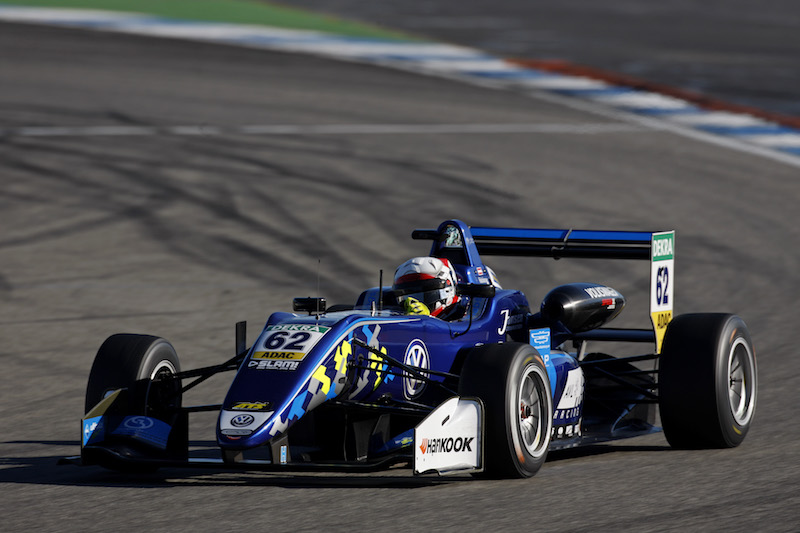 Ferdinand Habsburg will remain with Carlin for a second season in the Formula 3 European Championship, with the aim of winning the title.

The Austrian finished seventh last year in his rookie season, taking one win at Spa-Francorchamps, and came within 300 yards of winning the Macau Grand Prix.

Habsburg previously raced in Euroformula Open, where he finished second in 2016, and has contested the Toyota Racing Series, Formula Renault 2.0 and FR1.6 since stepping up to cars in 2014.

The 20-year-old also made his sportscar debut last weekend in the Daytona 24 Hours, finishing an impressive fifth overall.

?I am pumped to announce that I am re-joining Trevor [Carlin] and his incredible team this year,” Habsburg said.

“I can?t wait to get back to racing with the Carlin boys that I have become very close with over the last 14 months.

“Feeling comfortable within a team is going to be a big strength that we will take advantage of ? we?re going to hit this year?s championship hard from round one. The team has an incredible history of developing the world?s top drivers and I?m going to work hard to make sure I do them proud.”

Trevor Carlin added: ?We?re so happy to have Ferdinand back in the team for the 2018 season.? The progress he has made in the car since he first joined us in 2017 is amazing and his passion and determination was clear for everyone to see in Macau in November.

“Out of the car, Ferdinand remains completely professional and one of the nicest drivers to deal with, I?ve no doubt he will be a great asset to the team in 2018.?

Habsburg’s signing means that he and Jehan Daruvala will remain team-mates for another year, and will be partnered by EF Open race-winner Devlin DeFrancesco and Formula Renault Eurocup champion Sacha Fenestraz.

The European F3 season starts on May12 in Pau.