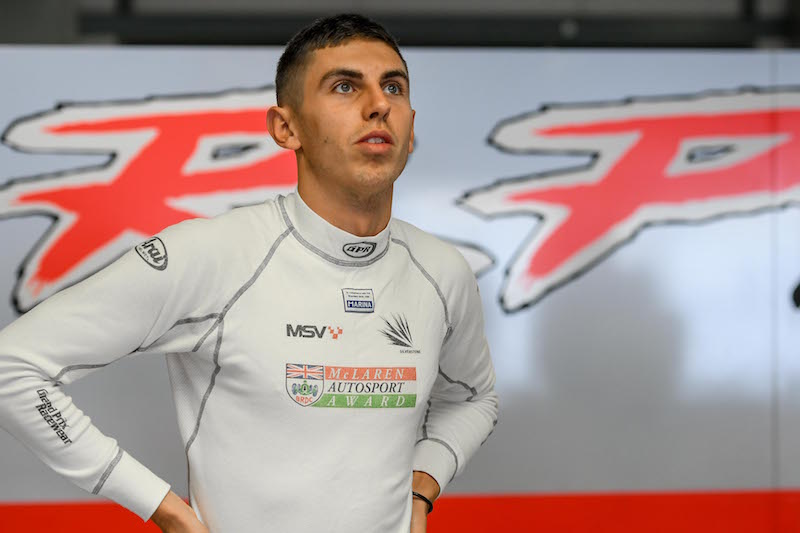 Harrison Scott and RP Motorsport will continue their championship winning partnership this year as they cross the Atlantic to race in Pro Mazda.

Scott won the Euroformula Open championship in crushing style last year with Italian team RP Motorsport, and has long been linked with a switch to America after RP announced its intentions to race in Pro Mazda last December.

“It’s great to land in America and arrive in such an exciting context as the Pro Mazda championship, a series that has launched so many young drivers over the years,” said Scott.

“Last year was fantastic, but now we will have to start again with the same hunger for success: we are aware that there will be a lot of work to do because everything will be new for us, but we are ready and determined to face this new challenge.”

The 21-year-old Englishman started his car racing career in British Formula Ford, finishing second in the standings twice, before stepping up to the Formula Renault Eurocup with AV Formula. He won three races with the team and finished fourth in his second season in the category, before his record breaking EF Open campaign with RP Motorsport last year.

He was also a McLaren Autosport BRDC Award finalist in 2014 and ’17, and won the?Graham Hill Trophy last year, awarded to the British driver with the most meritorious performance in single-seater racing.

For 2018 the RP Motorsport team will be a two car set-up, with Scott’s EF Open team-mate Lodovico Laurini following him to America.

Another with a confident outlook is Fabio Pampado, the team principal of RP Motorsport.

“We want to face our first season in Pro Mazda in the best way and we have chosen two drivers that we know well and who will certainly be able to show off their quality,” he said.

“It will be a very exciting adventure: the championship has a wide visibility thanks to the partnership with IndyCar, and being together with the new Tatuus chassis, the bearer of our country in this competition, makes us very proud. We know that the road will not be easy, but our team is ready to face this new challenge in the best way.?