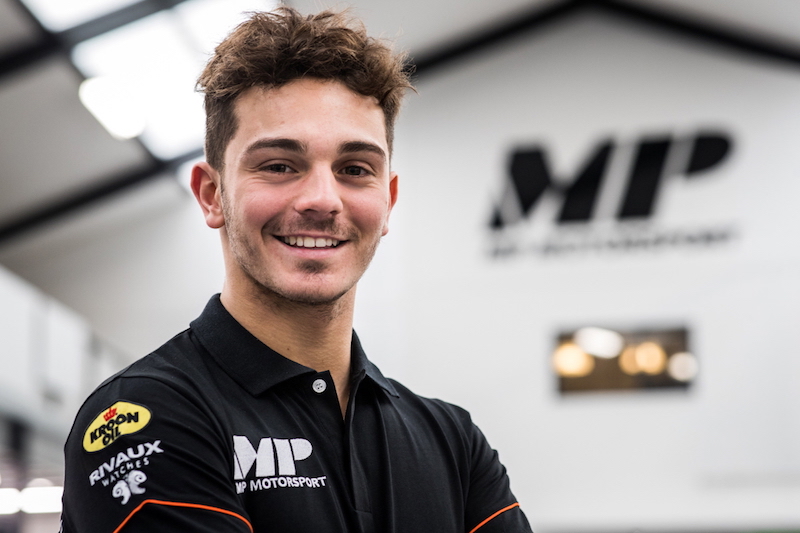 GP3 race winner Dorian Boccolacci has joined up with series newcomer MP Motorsport for the 2018 season.

The 19-year-old Frenchman finished sixth in the 2017 standings in his rookie GP3 campaign with Trident, taking a win in the final race of the season in Abu Dhabi.

He was previously second to Lando Norris in the Formula Renault Eurocup in 2016, and before that raced in European Formula 3 as a Lotus Formula 1 junior.

By joining MP Motorsport, which has taken over DAMS’ GP3 entry ahead of this season, he teams up with his fellow Abu Dhabi winner Niko Kari.

“I know they are eager to show well in their debut season.

“The team brings a lot of experience from Formula 2 and Formula Renault.

“With Niko as one of my team-mates, I know we can spur each other on to great performances. I?m really looking forward to the season.”

“We are happy to welcome Dorian into our team for 2018,” said Dorsman.

“He showed amazing speed in 2017: from the first laps in pre-season testing he set a stunning pace, often the only driver capable of challenging the established frontrunners.

“With Dorian and Niko, it?s good to have two drivers that are well capable of achieving podium positions and fighting for victory. We can?t wait to work with both of them.”