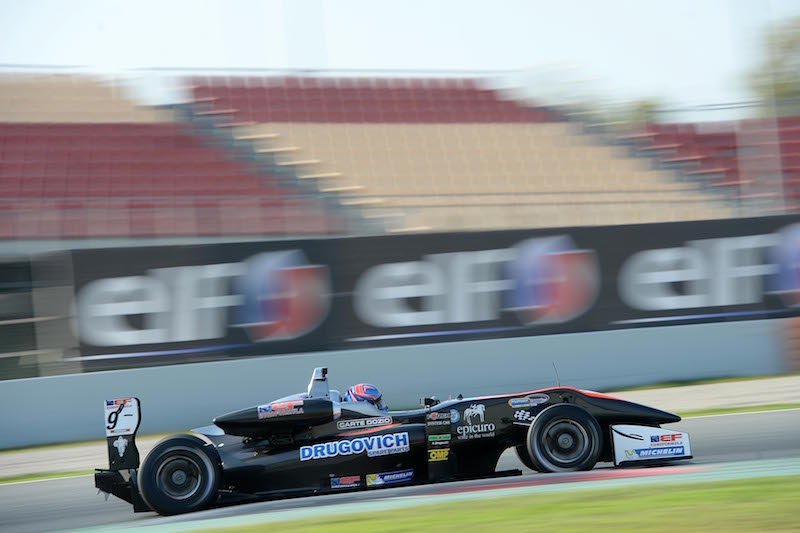 Felipe Drugovich will follow up his race-winning cameo at the end of 2017 with a full time switch to Euroformula Open this year.

The Brazilian won seven times in ADAC Formula 4 last season for Van Amersfoort Racing, and made his European Formula 3 debut with the Dutch squad at Hockenheim in October.

However, he then took a win and a pole on his EF Open debut with RP Motorsport at Barcelona, in place of champion Harrison Scott, and has now been announced in the RP line-up for this season alongside compatriot Guilherme Samaia.

“After my excellent debut last year, I immediately realised that RP Motorsport was for me the ideal team to continue my personal growth,”said Drugovich,?who is set to win the MRF Challenge title this weekend at Chennai.

“The team was able to put me in the best conditions to be able to do well and the success on my debut was an incredible result, but now we want to keep ourselves at high levels during the [whole of] next season.

“I know it will not be easy, because the competition is very strong, but I have the maximum confidence in the potential of the team.

“I will give 110% on every weekend and try to learn everything very quickly, and it will also be a great honour to represent Brazil in this prestigious competition, and having a countryman like Guilherme Samaia at my side. I can?t wait to get on the track.”

RP Motorsport boss Niki Rocca said: “After having won both titles last season, our goal remains to be able to this year too.

“We decided to bet on a young and very fast driver like Felipe, who has already shown his potential.”