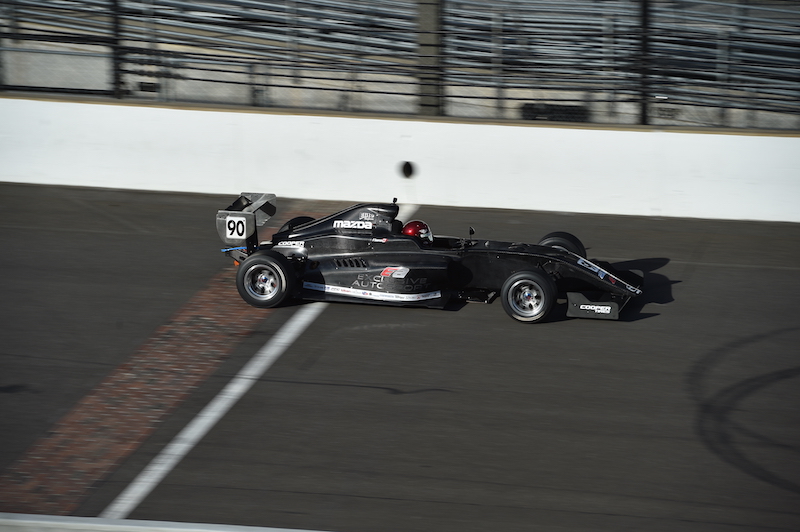 Multiple USF2000 race winner Parker Thompson will make the step up to Pro Mazda this year with the Exclusive Autosport team.

The Canadian driver spent three years in USF2000, coming fifth in 2015 and second in 2016 before linking up with series newcomer Exclusive for the introduction of the new Tatuus car last year.

Having won four times during 2016, Thompson took a pair of wins in Toronto last July and a third victory at Mid-Ohio a fortnight later.

He also won the Formula 1600 Super Series in Canada with the team during 2017.

Thompson and Exclusive will now step up together to Pro Mazda, which debuts its new Tatuus chassis this year.

?I am extremely proud to have the opportunity to continue working with [team boss] Michael Duncalfe and the Exclusive Autosport family,? Thompson said.

?We have all enjoyed some immense success together over the last few years, and I look forward to bringing our momentum from 2017 into the 2018 Pro Mazda Championship.

“It’s an honor to lead EA’s charge into the Pro Mazda category, and I can’t wait to pick up where we left off last year in USF2000.

“It’s not often when a driver has the opportunity to work with the same group of guys in back-to-back years, and I want to capitalise on this relationship.

“Getting to work with a veteran engineer like Tim Lewis and crew chief Jay Green developing this new Pro Mazda is going to be game changer.

“Anything but a championship this year will not be acceptable.”