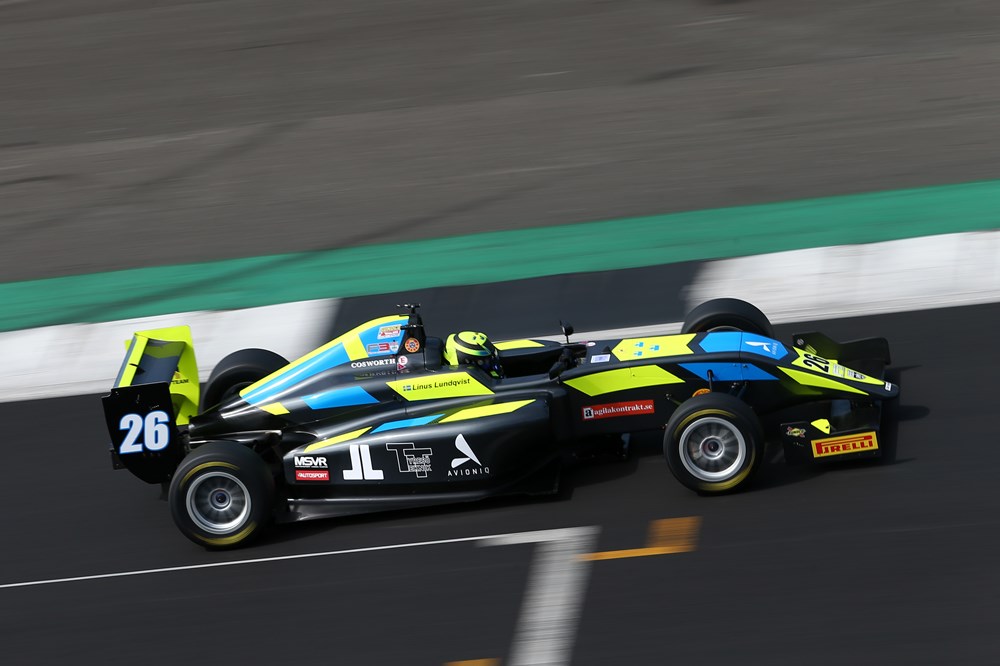 Championship leader Linus Lundqvist secured his fourth win of the BRDC British Formula 3 season in race one at Silverstone after holding of Kush Maini.

Lundqvist never held a lead of more than a second during the 10-lap race, with Lanan Racing’s Maini pressuring the Double R driver for the duration of the race.

Maini had one serious attempt at taking the race lead ? at Luffield on lap eight, but without success.

The gap between the two was just 0.4 seconds at the finish line.

Jordan Cane secured his second podium of the season with third place, after passing Carlin?s Clement Novalak at the start.

The Douglas Motorsport driver looked like he could challenge the top two late in the race, but ran out of laps to make a significant challenge.

Championship challenger Nicolai Kjaegaard had a tough race, finishing in sixth place. The Carlin driver passed team-mate Billy Monger on the opening lap, but failed to progress from there.

Novalak finished in fourth place, ahead of Jamie Chadwick ? the latter also passing Monger in the opening stages of the race.

Monger went on to finish eighth after being passed by Hillspeed?s Jusuf Owega late in the race. Krishnaraaj Mahadik finished in ninth ahead of Tom Gamble.

All 17 cars finished the race, with only Pavan Ravishankar the only one off the lead lap after pitting for a wing change after the first lap.