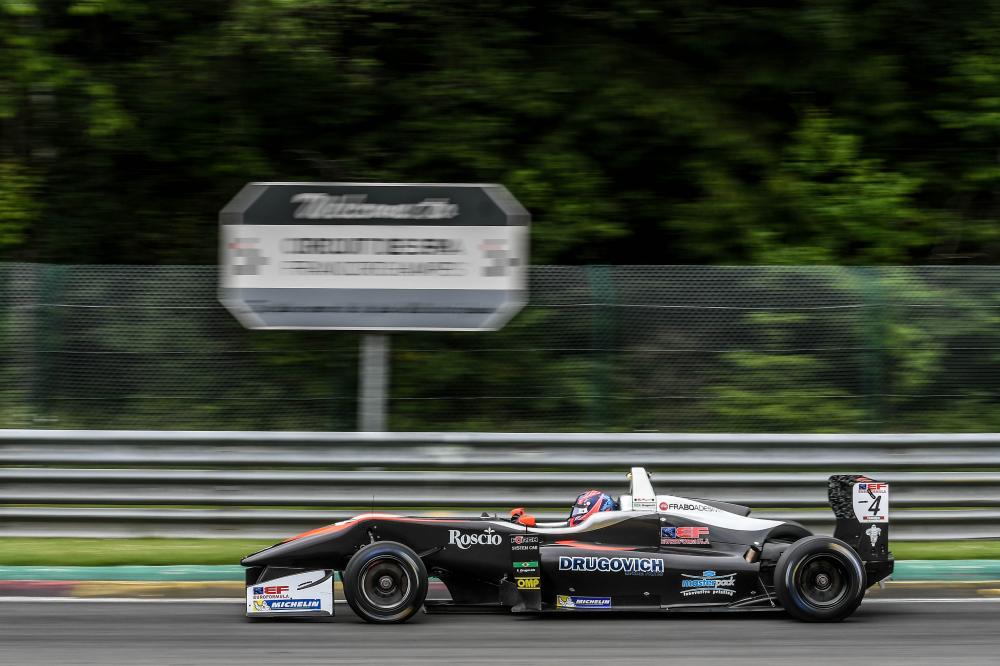 Felipe Drugovich picked up his fourth win of the Euroformula Open season after Cameron Das and Marcos Siebert collided while battling for the lead.

Das and Siebert had knocked Drugovich back to third in the opening laps and were battling for the lead when the Campos driver attempted a move up the inside.

The pair made contact and Das was sent into the tyre wall, ending his race. Siebert escaped with damage to his front wing and plummeted down the order.

Drugovich and Matheus Iorio picked up the fight for the lead. Iorio managed to briefly take P1 with a move around the outside of the championship leader, but he was quickly pushed back to second.

In the closing stages of the race, Drugovich was able to pull clear of his challenger, finishing 2.931s ahead of Iorio.

Guilherme Samaia picked up his first podium of the season in third to make it an all-Brazilian rostrum.

It was a miserable start to the weekend for Campos Racing. Though Siebert was able to continue, he finished 11th, while team-mates Alex Karkosik and Yves Baltas collided early in the race.

Karkosik span as he attempted to return to the track, collecting his team-mate and Aldo Festante in the process. All three were taken out of the race and a safety car was brought out to clear the incident.

Also running into trouble was Michael Benyahia. He spent most of the race battling in the middle of the top 10 but dropped down the order after a collision with Jannes Fittje.

Fittje had attempted a move up the inside and locked up, hitting Benyahia and sending the RP Motorsport driver into a spin. He managed to continue, finishing ninth on the road, but picked up a position after Fittje was handed a 10 second penalty for the incident.

Calan Williams stalled on the grid, but was able to get going again and catch up with the rest of the field in the early safety car period. He took seventh overall.

After his penalty, Fittje was classified P9, ahead of Leonard Hoogenboom, who was given a drive through penalty for a jump start on his series debut.