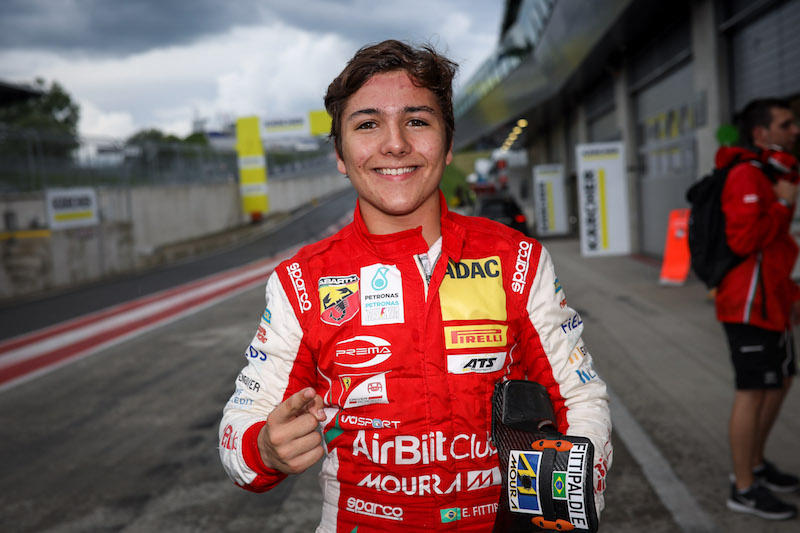 Enzo Fittipaldi claimed his first win in the ADAC Formula 4 championship with a light-to-flag victory in the opening race at the Red Bull Ring.

The Prema-run Ferrari junior, who took pole for races one and two this weekend, held the lead on the opening lap, despite running slightly wide.

He had Van Amersfoort Racing?s Federik Vesti for company throughout the race. The pair were relatively evenly matched, with Vesti only able to close the gap by hundredths of a second. He finished 0.671s behind Fittipaldi to take his third podium of the season.

Liam Lawson and Lirim Zendeli made it a four-car pack at the front of the field in the early stages of the race, but the pair eventually fell away from the leading duo.

Championship leader Zendeli kept the pressure on Lawson as he tried to pick up the final podium position. The battle allowed Charles Weerts to close in on the pair, and Zendeli had to turn from attacking to defence.

Lawson was able to escape up the road, finishing 2.725s ahead of Zendeli.

Weerts pushed hard, the pair running side by side in the closing stages of the race, but he couldn?t make a move stick and had to settle for fifth.

There was drama at the back end of the top 10 as Niklas Krutten was forced wide by Andreas Estner as they battled for position. Krutten lost the back end of his car as he ran over the kerbs, narrowly avoiding beaching himself in the gravel. The incident caused him to lose a handful of positions and he dropped down the order.

Estner was ordered to hand the position back, and was forced to allow those between the two drivers to pass. He eventually allowed Krutten back through, but was then handed a drive through penalty anyway.

Krutten was only able to finish 12th, with Lucas Alecco Roy picking up the final points paying position.