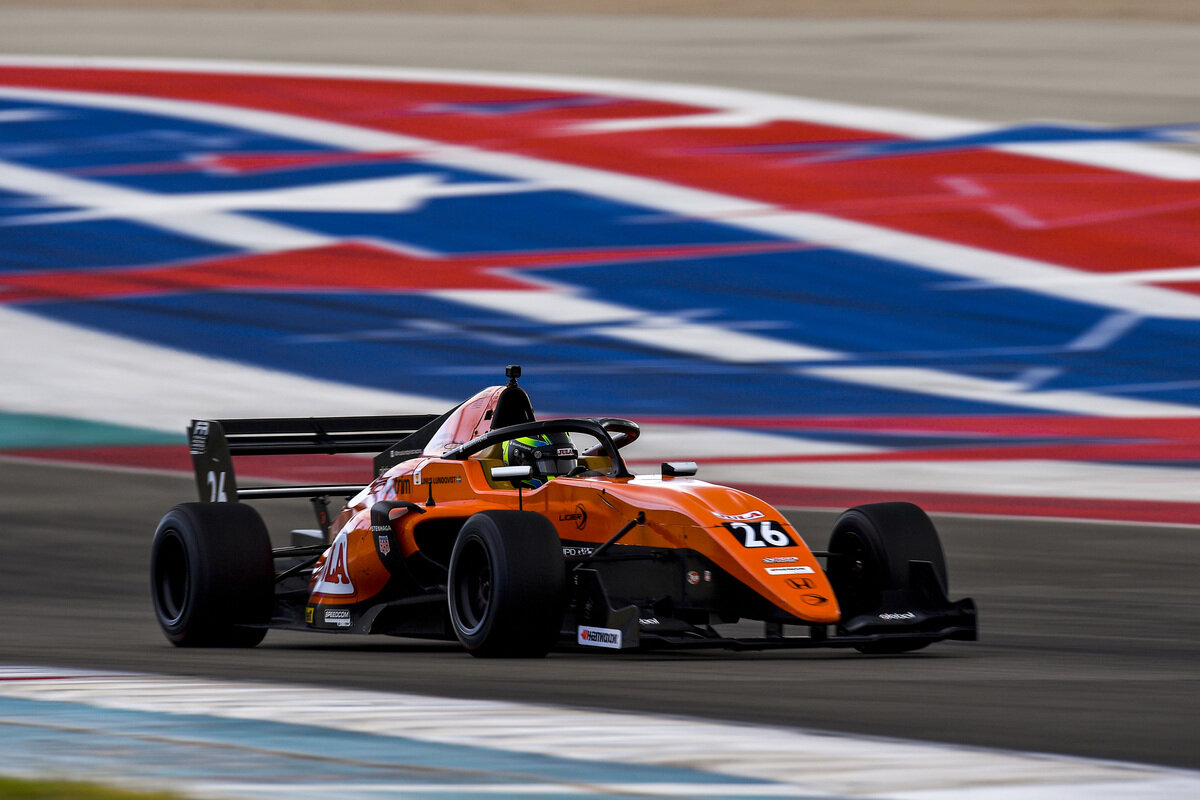 Linus Lundqvist rounded out his dominant Formula Regional Americas title campaign with three wins out of three in the season finale at Circuit of the Americas.

The Indy Lights-bound Swede beat ex-Indy Lights racer Victor Franzoni to pole by just 0.098 seconds, and the Brazilian kept Lundqvist on his toes through the first half of the weekend’s opening race.

That race was almost immediately interrupted by a caution period due to HMD Motorsports’ Logan Cusson losing a wheel, but when action resumed it was clear that Global Racing Group’s Lundqvist and Newman Wachs Racing’s Franzoni weren’t going to be beaten.

Franzoni set a new lap record in his pursuit of Lundqvist, who responded by beating it and keeping his tyres alive better in the second half of the race to claim his 13th win by 4.245s.

Franzoni’s No. 28 machine started to fade in the final few circuits, allowing Lundqvist a 4.245-second margin of victory.

HMD’s David Malukas was unrivalled in third place, enough to secure him the title runner-up spot, with Jacob Abel finishing fourth after dropping two spots on the opening lap and having to fight his way back into the position.

Lundqvist’s new lap record put him on pole for race two, which he also won by handy advantage over Franzoni. Malukas was third again, with Abel beating GRG’s James Roe Jr to a very distant fourth place. Yeany finished a few seconds behind them in sixth.

Starting from the front in race three, Lundqvist had to the winning job twice as the race was split by a red flag caused by Jordan Missig’s car stopping due to a broken towlink.

Malukas passed Franzoni for second at the original start, with Dario Cangialosi running in fourth. There were full course yellows and safety cars before the red flag-causing restart, and on the restart Yeany made an audacious triple move to climb to fourth. From there the positions were unchanged, with Lundqvist winning again.