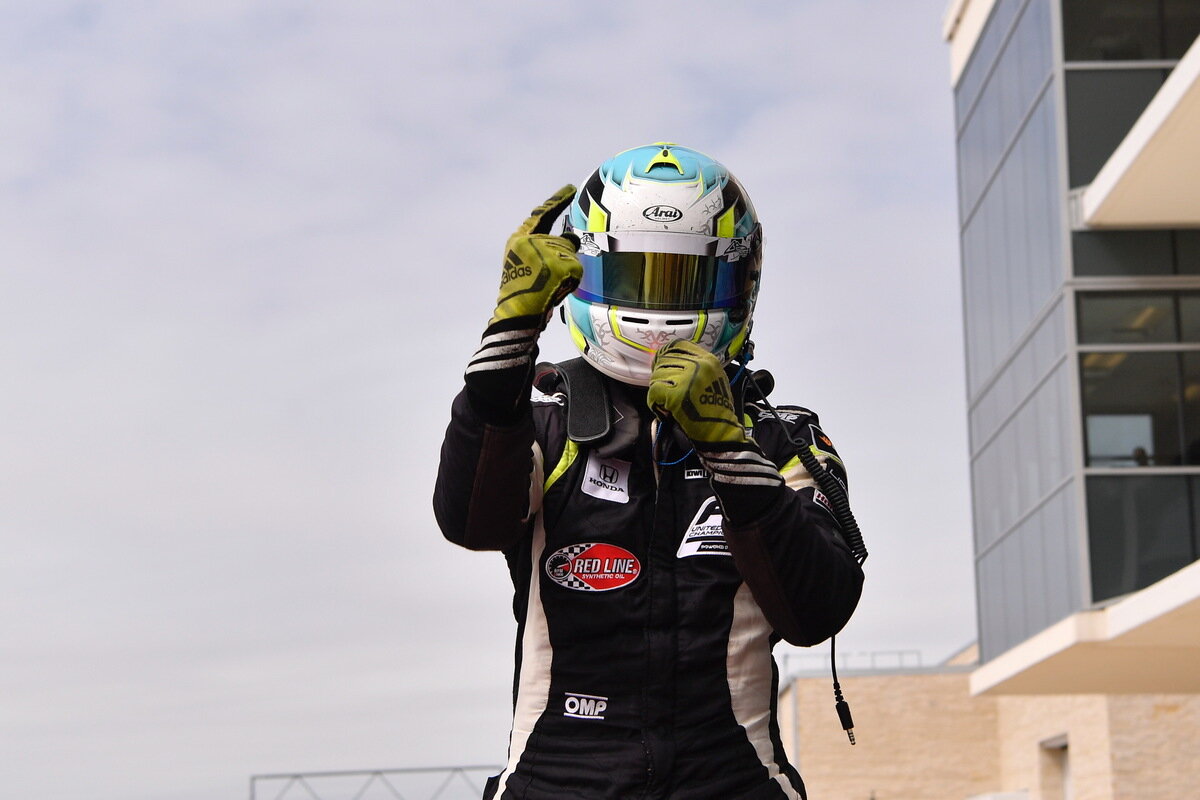 Jose Blanco-Chock secured the United States Formula 4 title runner-up spot in the Circuit of the Americas season finale, as he shared the wins with team-mate Spike Kohlbecker.

The two Crosslink/Kiwi Motorsport drivers were the class of the field, with new champion Hunter Yeany absent for his debut in Formula Regional Americas.

Blanco-Chock started the weekend by taking pole with a new track record in a cold qualifying session. Kohlbecker was second fastest, and he remained between his team-mate and the rest of the field for most of the opening 14-lap race.

The famous first corner was the scene of many a pass, with Dylan Tavella making five of them on the opening lap to slot into second behind Blanco-Chock. His team-mate Kohlbecker fought his way back past after two laps, and DEForce Racing’s Nico Christodoulou then did the same to demote Tavella down to fourth.

A driver who lost most of his positions at the first corner was Iron Rock Motorsports’ Cade McKee, who qualified third but lost out at the start then fared even worse in battle to end the race in seventh.

Kohlbecker lined up alongside race one winner Blanco-Chock at the front for race two, but it was DC Autosport’s Josh Sarchet who made the best jump to exit Turn 1 in the lead and Blanco-Chock was shuffled down to sixth.

Sarchet led for several laps, and it was only after a caution period for debris that Kohlbecker made his lead move. Nick Persing and Erik Evans also got strong restarts to demote Christodoulou from third to fifth, and while they focused on attacking Sarchet it allowed Kohlbecker to escape up front.

Another caution period didn’t stop Kohlbecker, who won by 2.080s over Persing, with Evans in third just ahead of Blanco-Chock.

The Puerto Rican returned to the top step in race three, with Kohlbecker this time losing out in early battles and finishing fourth behind Tavella and debuting team-mate Viktor Andersson. The 2019 Formula Nordic Junior champion was supposed to contest this season with Jay Howard Driver Development, but travel restrictions and then the team’s withdrawl from the series meant he had to wait until this weekend to race.