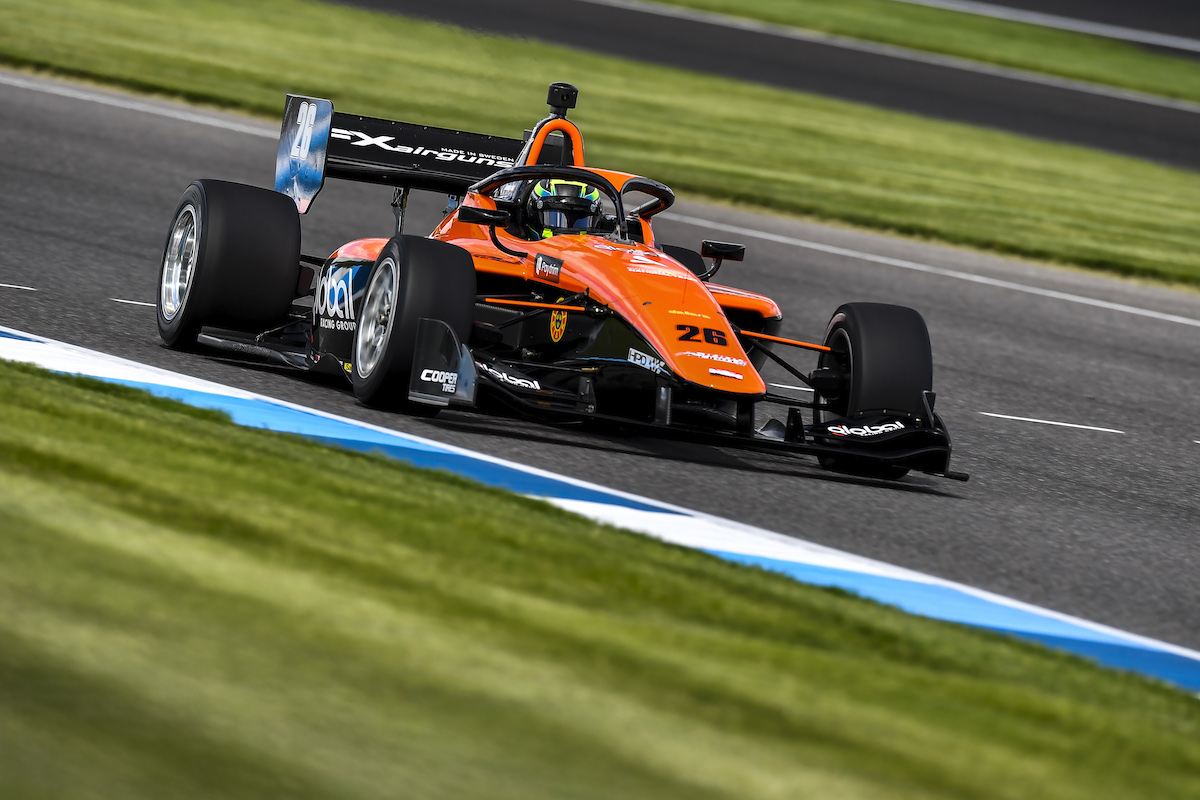 The Swede, driving for the collaboration between Global Racing Group and HMD Motorsports, was a frequent pacesetter during the session, and was on top when the field pitted to fit fresh rubber for the closing stages.

On those last runs, Danial Frost and Alex Peroni both took brief turns at the top of the times before Lundqvist regained the lead with a 1m15.1127s lap, before improving soon afterwards to a 15m.0978s.

Both efforts were quicker than anybody else could manage, with Toby Sowery claiming second place for Juncos Racing, 0.1226 seconds behind his fellow British Formula 3 graduate.

Peroni’s lap remained good enough for fifth ahead of Frost and Devlin DeFrancesco. Sting Ray Robb had an off-track moment with eight minutes left on the clock but returned to the track and improved his time to take eighth.