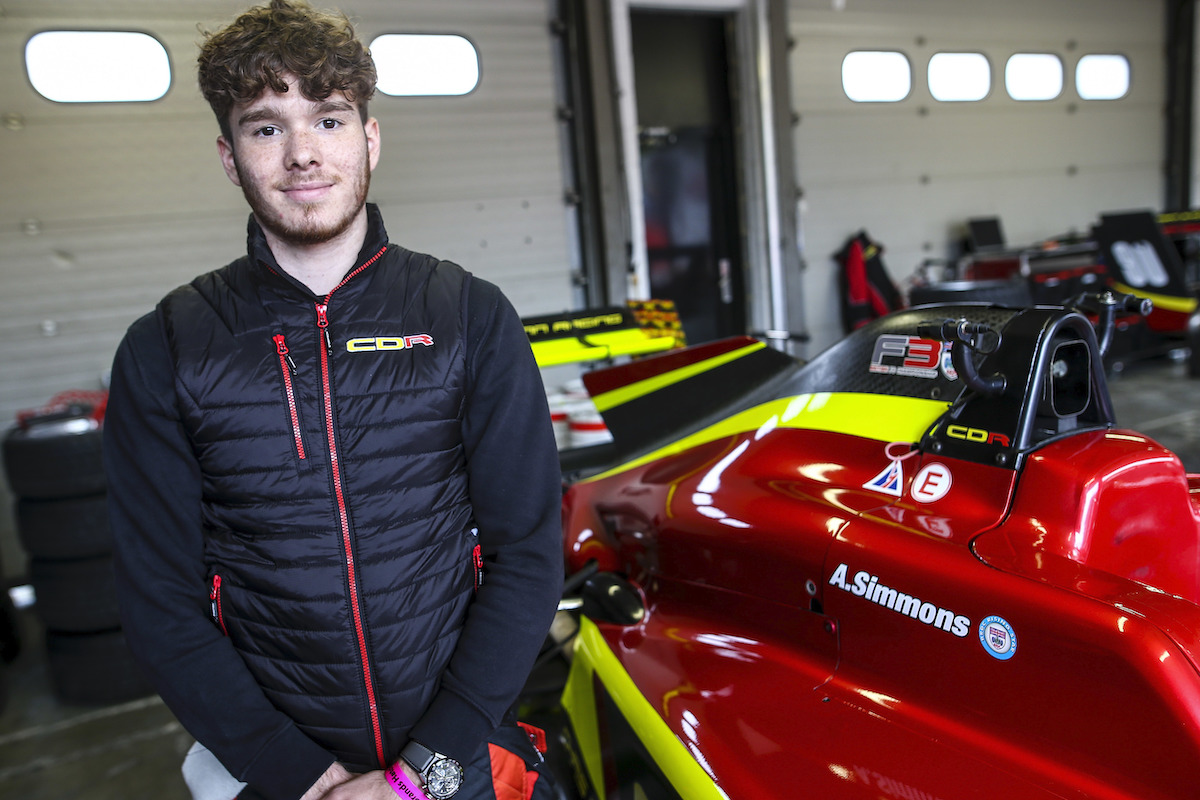 Ayrton Simmons will return to the BRDC British Formula 3 Championship for a full season and a title challenge this year with Chris Dittmann Racing.

Simmons already finished third in the series in 2019 with CDR, taking three wins, after he had finished runner-up in British Formula 4 the previous year.

Last year he moved into Euroformula Open, contesting the first four rounds of the season, as well as making a double race-winning comeback to British F3 at Brands Hatch with CDR. He went on to score two more podiums in a later appearance at Silverstone with his old F4 team, JHR Developments.

“I’m really looking forward to reuniting with Chris Dittmann and the team this year,” he said.

“2019 was a brilliant season, probably the most enjoyable of my career so far, so the chance to return and complete some unfinished business was too good to turn down.

“Obviously we know each other very well and we confirmed what we’re capable of last year at Brands Hatch. The aim is to repeat that kind of performance and challenge for wins every weekend. If we can do that, we can aim for the title, there’s no reason why not.”

The CDR entry that Simmons raced at Brands Hatch last year went on to be driven by Alex Fores and Max Marzorati later in the season, and the trio will together form CDR’s line-up for the start of the 2021 season. Like Simmons, Marzorati is signed for the full season, with Fores hoping for a similar arrangement.

“We’ve loved working with him over the past few seasons, he’s a classy driver and has a very bright future if the cards fall into place for him.

“We hope and expect to help him on his way; as a combination we’ve proved time and again what we can do together, and to say we are excited about the season ahead is an understatement.

Simmons joined CDR for testing on Thursday on the Brands Hatch Grand Prix layout ahead of next weekend’s season opener at the same circuit.