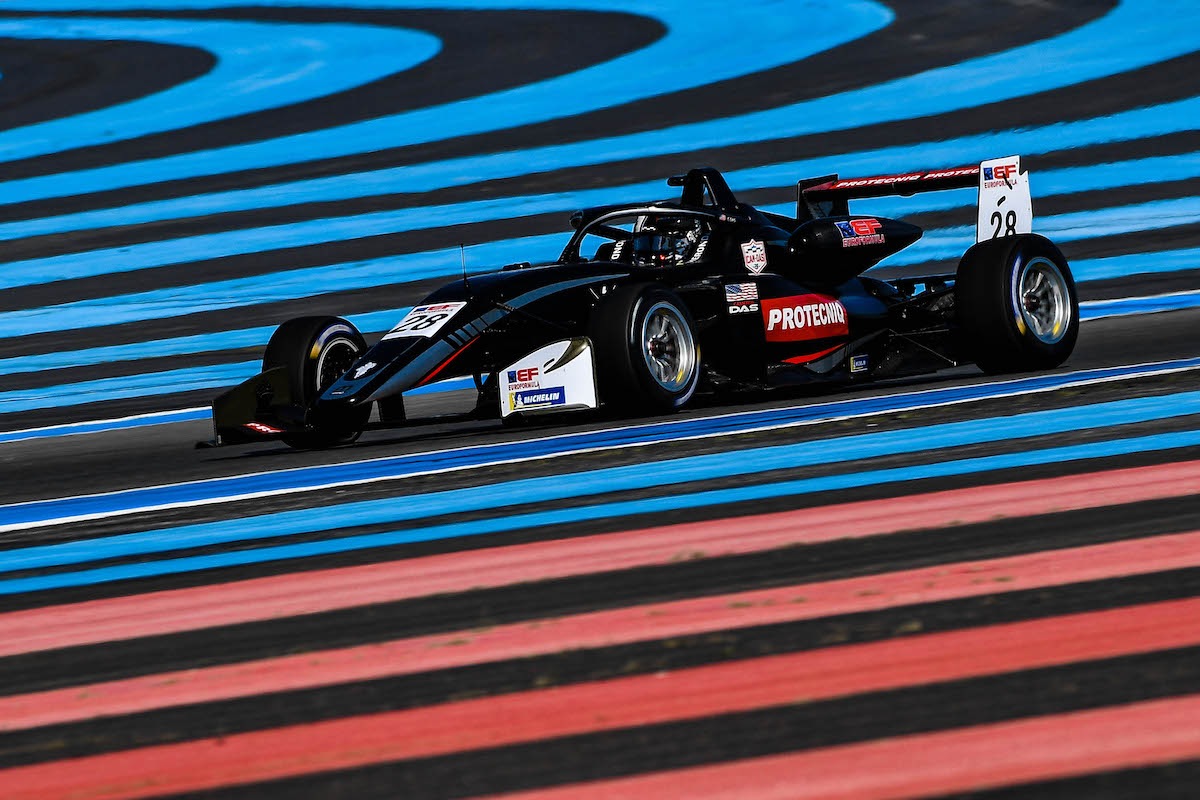 Cameron Das edged out Louis Foster by 0.024 seconds in the opening free practice session for the second round of the Euroformula season at Paul Ricard.

Continuing his pace-setting form from Thursday’s pre-event testing, Motopark driver Das set a 1m54.836s in the final minute of the 40-minute session.

Das had traded top spot with Van Amersfoort Racing’s Casper Stevenson in the middle of the session, and Stevenson would then the lead until three minutes to go.

First to displace him was Jak Crawford, who along with Rafael Villagomez had missed Thursday’s action because of the clashing FIA Formula 3 Championship test at Jerez.

Foster then went fastest in his CryptoTower Racing entry with one minute left on the clock before Das became the first driver to go below the 1m55s mark in the session, although a final effort would also bring Foster under that bar.

Heading into his first full weekend of Euroformula racing, Crawford found further time at the end to beat Nazim Azman for third.

Enzo Trulli took fifth having spent a while running second to his Drivex team-mate and namesake Enzo Scionti.

Scionti didn’t improve on that time and finished up eighth behind Stevenson and Josh Mason, with Villagomez taking ninth after setting the pace on the initial flying laps.