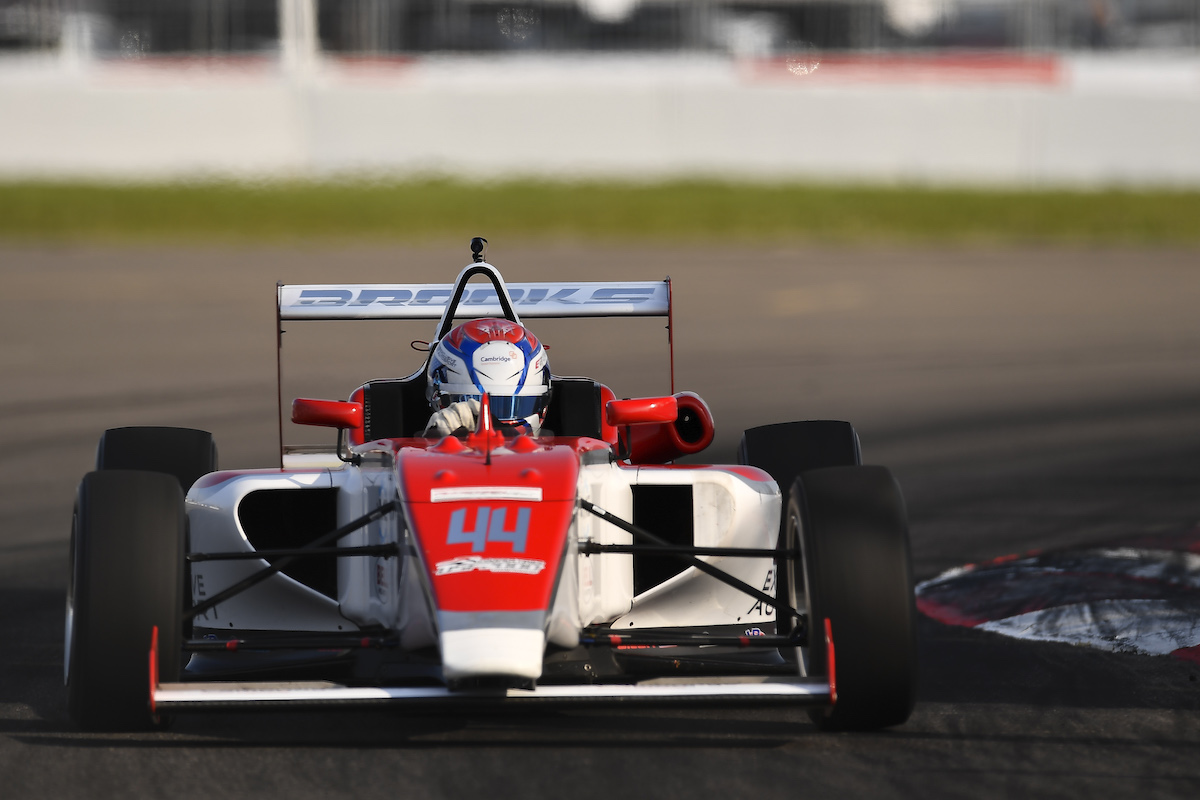 Exclusive Autosport’s Christian Brooks is to start on pole position for the first USF2000 race of the weekend on the Indianapolis road course.

However, if the fastest lap set in the first or second race eclipses that second time, that is the time brought forward for the grid for the second and third races respectively.

Pabst Racing led the way for much of the 20-minute session, with Josh Pierson ahead of Yuven Sundaramoorthy.

Brooks put on a second set of tyres towards the end of the time and went to the top with his penultimate lap. Earlier in the session, he was towards the middle of the order.

Pierson and Sundaramoorthy held onto their top three spots, ahead of Ignite Autosports with Cape Motorsports’ Spike Kohlbecker, who spent much of the session in the pits.

Curiously, all of the Cape drivers opted to use just one set of tyres and waited before taking to the circuit, meaning they will have more fresh rubber to use in the races on a circuit that is easy to pass on with its long straights.

Turn 3 Motorsport’s Josh Green rounded out the top five in the session, ahead of DEForce Racing’s Kiko Porto, who had a turn at the top of the order earlier on.