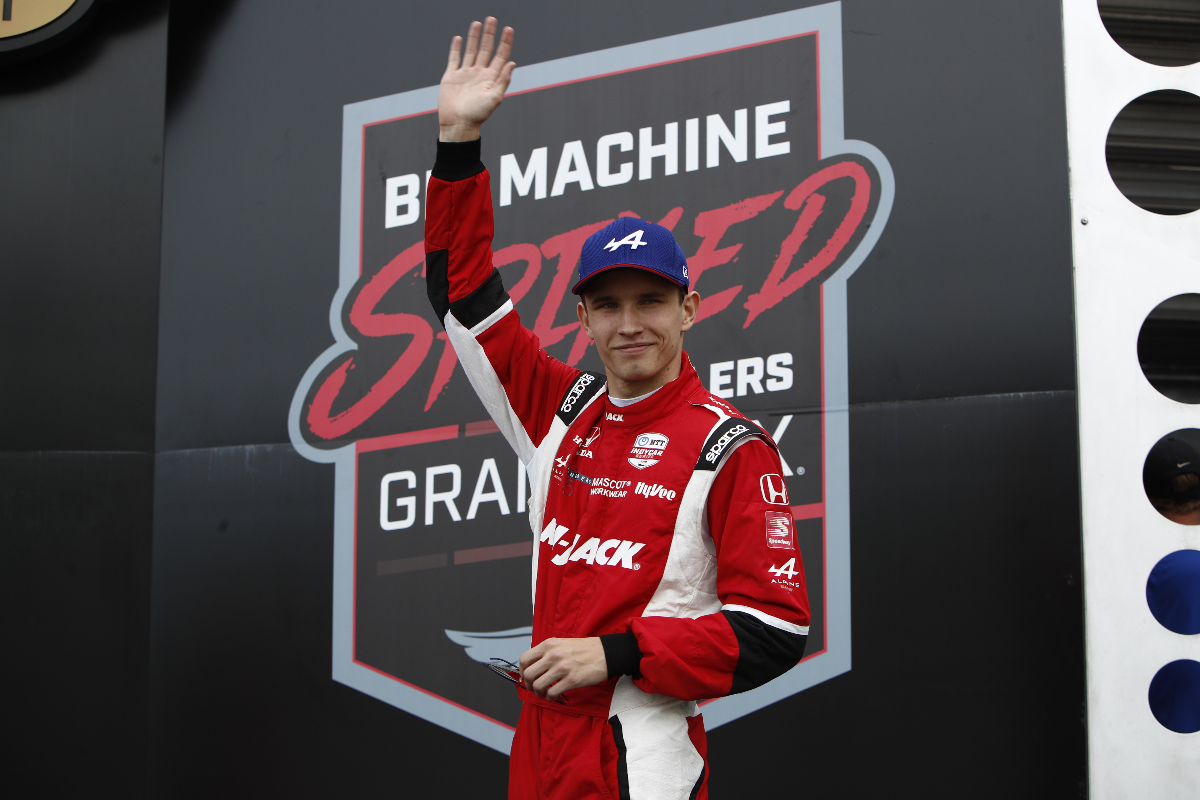 Alpine junior Christian Lundgaard has indicated his one-off starring appearance in IndyCar hasn’t swayed him yet on where he should race in 2022.

Lundgaard stunned on his series debut at Indianapolis Motor Speedway’s road course in August, as he qualified fourth for Rahal Letterman Lanigan Racing – after limited testing in the car prior – and finished a highly respectable 12th.

In Formula 2 he races for ART Grand Prix, and with the Formula 1 door shut for 2022 he’s been part of IndyCar’s own silly season. He was asked by Formula Scout after going from 19th to third in F2’s first Monza sprint race about an IndyCar return.

“Well, it depends,” he said. “There’s always opportunities pretty much everywhere you want to go. The question is always how big is the wallet, and what’s your performance. It’s the combination of that.

“There will always be opportunities. I can stay here, I can go there, for next year. We know it’s also to look into what’s the best option.

“But you know, it was exciting to be there. It’s one hell of an experience to experience the States and the American culture of motorsport and racing. I enjoyed it, but to be fair when I went there I did not expect to be P4 in quali, especially not less than a tenth from pole.

“The race I struggled a bit more, I didn’t realise early enough that the whole race was 85 laps of qualifying laps, so if I were ever to go there again, I would push a bit harder in the race.”

Lundgaard was then asked to clarify his plans for next year.

“To be honest I wish I could tell you, but I don’t know myself,” he admitted.

“Because I don’t know what I favour the most myself. I guess that already answers the question, but what I want to do is I want to win, and I don’t want to… sorry to say, but I don’t want to fight to qualify P19. I want to fight for pole. I’m not saying we didn’t have the opportunity yesterday; we just need to be more consistent.”

When asked if racing during the six-week gap between F2’s Silverstone and Monza rounds helped him in the chaotic Monza opener, Lundgaard was also split.

“Well yes and no. Considering we were P19 in quali, to stay sharp you should stay sharp in quali and the race. But I mean it’s definitely something that has helped me to stay more confident and comfortable and stay in the rhythm.

“I wouldn’t say it’s done a huge difference, because it is different tyres. Pirelli are different compared to any other tyre, and vice versa. But to come here, I probably had the best weekend of F2 last year here at Monza [with two podiums], and we started out kind of the same way this weekend.”