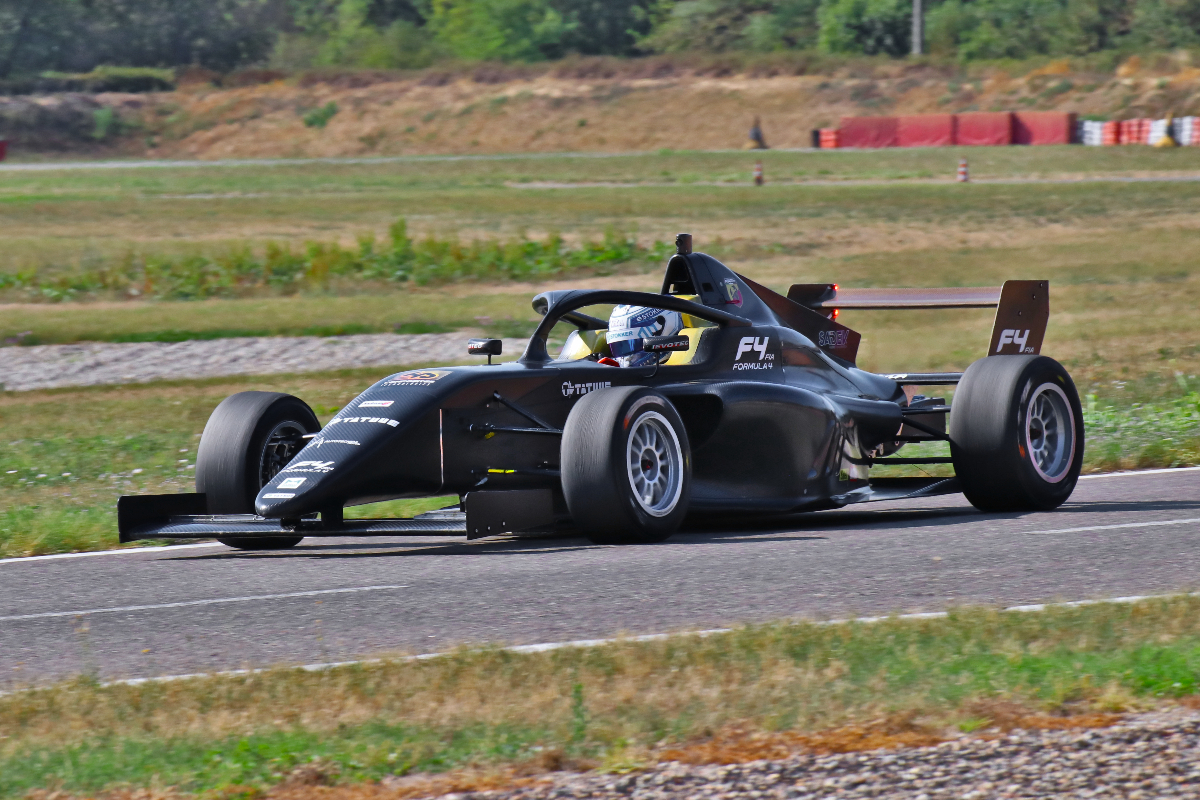 The testing of Tatuus’s second-generation Formula 4 chassis has begun in Italy, with an Autotecnica-built Abarth engine.

On September 1 the first ever running with the halo-shod T-421 car, which will make its race debut on the support bill of Formula 1’s Abu Dhabi Grand Prix in December, took place at the Varano circuit in Italy using Hankook tyres.

Two days later the car was back on track, with roughly 700 kilometres covered across the two days and all trouble-free.

“This is a circuit we used to test our cars at first [for shakedowns], because it is complete with an handling track and with a long straight (about two kilometres) for aero set-up and braking testing,” Tatuus’s chief executive officer Giovanni Delfino told Formula Scout.

The next week the car then headed to Cremona, where many karters test in F4 before making their debuts, for a full-scale test with Formula 3 race-winner and Formula Regional European Championship team manager Ralf Aron at the wheel.

Cremona also has a long straight which benefits component testing, and was where laptimes were first being measured for the car. It’s next test is at Vallelunga, and then the next scheduled after that for the rolling chassis is at Imola.

Several teams in the Italian F4 paddock revealed to Formula Scout plans to race the T-421 prior to its introduction to the championship in 2022. At least two teams will be headed to the Abu Dhabi GP, while another is considering entering its cars in a club-level series before the anticipated May start date of the Italian F4 season.

This would require the regulations of series such as the Austrian F4 Cup to open to incorporate the incoming second-generation F4 cars.

So far the British, Italian, Spanish, United Arab Emirates and new Indian championship have committed to adopting the T-421 as soon as it is on the market.

One series that is sticking with an older car for a few years longer is F4 South East Asia, which uses a Mygale chassis.

“We will continue to use the first-generation car until 2024 as specified by FIA,” the series told Formula Scout, as it confirmed its 2021 season is now cancelled. “Racing starts in quarter one of 2022.”