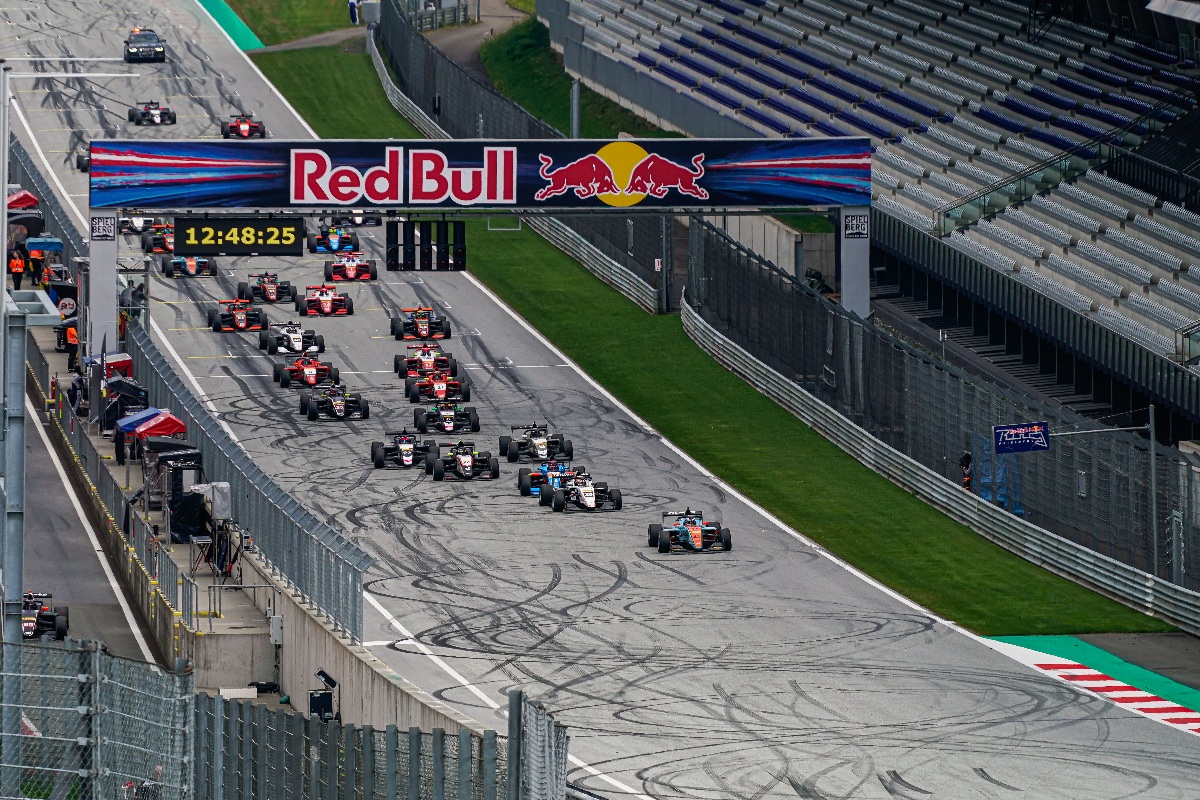 Franco Colapinto has lost his second win from the Red Bull Ring round of the Formula Regional European Championship due to track limits violations, subject to appeal.

Colapinto’s 10-second penalty drops him to fourth behind Gabriel Bortoleto and Zane Maloney too, while Monolite Racing’s Pietro Delli Guanti is now a surprise fifth behind him.

Colapinto was not the only driver affected, as a raft of post-race penalties were handed out to 16 drivers as a result of consistent track limits breaches.

Among the original points scorers, Isack Hadjar, Alex Quinn, William Alatalo, and Dino Beganovic are all served with five-second penalties.

Hadjar drops one position to sixth, while Beganovic loses his second-best finish of the season as he drops out of the points into 11th thanks to an additional 10s penalty due to overtaking under yellow flag conditions.

Alatalo suffers the same fate as Beganovic, as the Arden driver is also handed a 10s penalty for overtaking behind yellow flags, dropping him from eighth to 15th.

Even with his penalty, Quinn is able to gain one position thanks to the number of other drivers being penalised.

Gabriele Mini and Mari Boya would have been first in line for promotions into the points, having finished 11th and 12th on the road, but both drivers were handed 10s penalties, demoting them to 12th and 14th respectively.

As a result, Francesco Pizzi and Patrik Pasma are the ones to benefit from the final two points-paying positions, with Pasma’s initial 17th place highlighting the breadth of the retroactive penalties.

The other drivers to suffer 10-second penalties were Tommy Smith, Ido Cohen, Eduardo Barrichello, and Oliver Goethe, although it should be noted that the latter’s penalty is being appealed.

Returning champion Gianluca Petecof’s weekend went from bad to worse as he was given a 25s penalty, converted from a drive-through, leaving the Brazilian second to last, ahead of Andrea Rosso who was given an identical penalty.