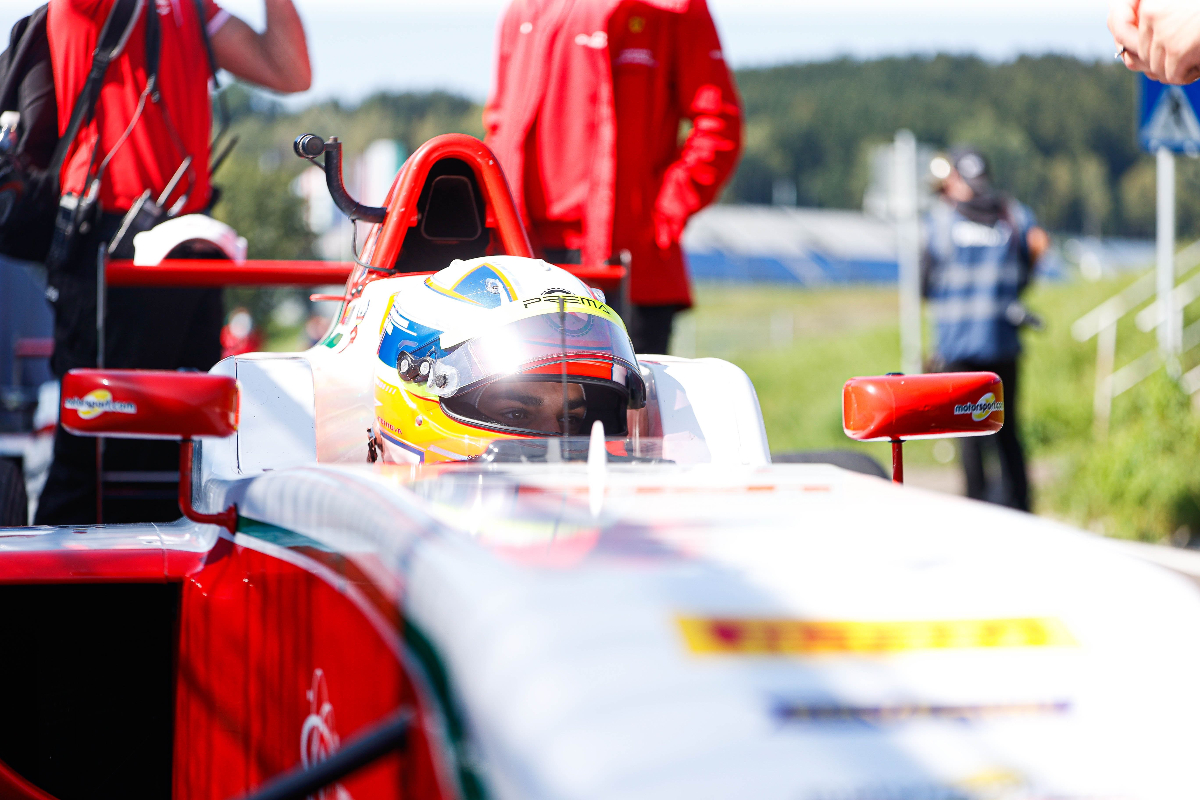 The Prema driver set the fastest lap of Wednesday on his penultimate lap in the fourth and final 55-minute session of the day. He was quickest in all three sectors to record a 1m 47.819s, 0.310 seconds faster than his day-topping Tuesday best.

Leonardo Fornaroli again was second fastest for Iron Lynx with a 1m48.050s, set towards the end of the cooler morning session. However, he was unable to improve on that later in the day.

Mercedes-AMG Formula 1 junior Andrea Kimi Antonelli continued to demonstrate his promise following his single-seater racing debut at the Red Bull Ring last weekend. He was fourth fastest on Wednesday with a 1m48.156s set in session one, an improvement of 0.535s from Tuesday. He recorded several laps that were good enough to place him in fourth.

After dominating session one, Prema’s sextet of drivers were off the pace in sessions two and three, with none featuring in the top 10. This allowed other teams to figure more prominently, and the early afternoon session was headed by AS Motorsport’s Kacper Sztuka with a 1m48.921s.

All of the prominent karters testing made significant gains from Tuesday, with Rafael Camara (Cram Motorsport) posting an impressive improvement of 0.617s to go 21st fastest.

Tuesday’s fifth-fastest driver, Francesco Simonazzi, did not take part in Wednesday’s F4 sessions. Instead, he was in the group for mixed single-seaters where he drove BVM Racing’s new Dallara 320 which he recently raced to two non-eligible wins in the F2000 Italian Trophy. Enzo Trulli was also in action with Facondini Racing.