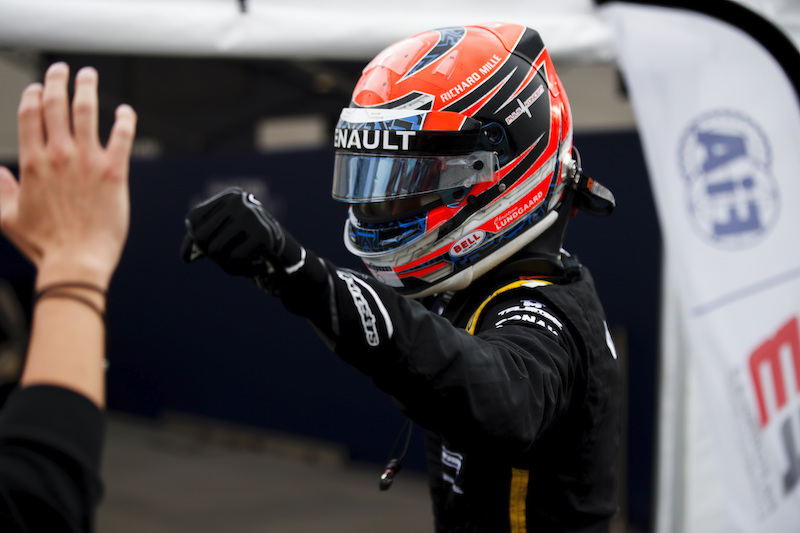 Christian Lundgaard took pole position at Monza in an FIA Formula 3 qualifying session that was ended early amid a chaotic fight for track position.

The times tumbled throughout the session as the track dried out and Lundgaard’s pole time of 1m38.834s was 10 seconds faster than those set earlier on.

The cars came in to the pits with just under 10 minutes remaining to fit new tyres but the drivers were only able to set one more flying lap before the red flag, which was issued for safety reasons after the whole field bunched up into the final corner, causing multiple drivers to be impeded.

That meant Lundgaard became the first driver, in the seventh of eight rounds, to take pole for a second time this season, a result he dedicated over the radio to his late Renault Sport Academy stable-mate Anthoine Hubert.

Prema driver Marcus Armstrong was second fastest with a best time of 1m38.969, less than a tenth of a second ahead of championship leader Robert Shwartzman.

Jehan Daruvala was fourth fastest, with Lirim Zendeli managing to find a clear piece of track and jump up to fifth just before the red flag came out.

Teppei Natori ended the session sixth with a best time of 1m39.303 with Max Fewtrell just four thousandths of a second behind in seventh.

The MP Motorsport car of Richard Verschoor ended up eighth with Niko Kari and Giorgia Carrara rounding out the top ten.

Championship challenger Juri Vips was just 15th, and in the thick of the traffic prior to the red flag.

Mid-way through the session there was an incident between Leonardo Pulcini and Devlin DeFrancesco at Turn 10, and the stewards confirmed it will be investigated after the session.