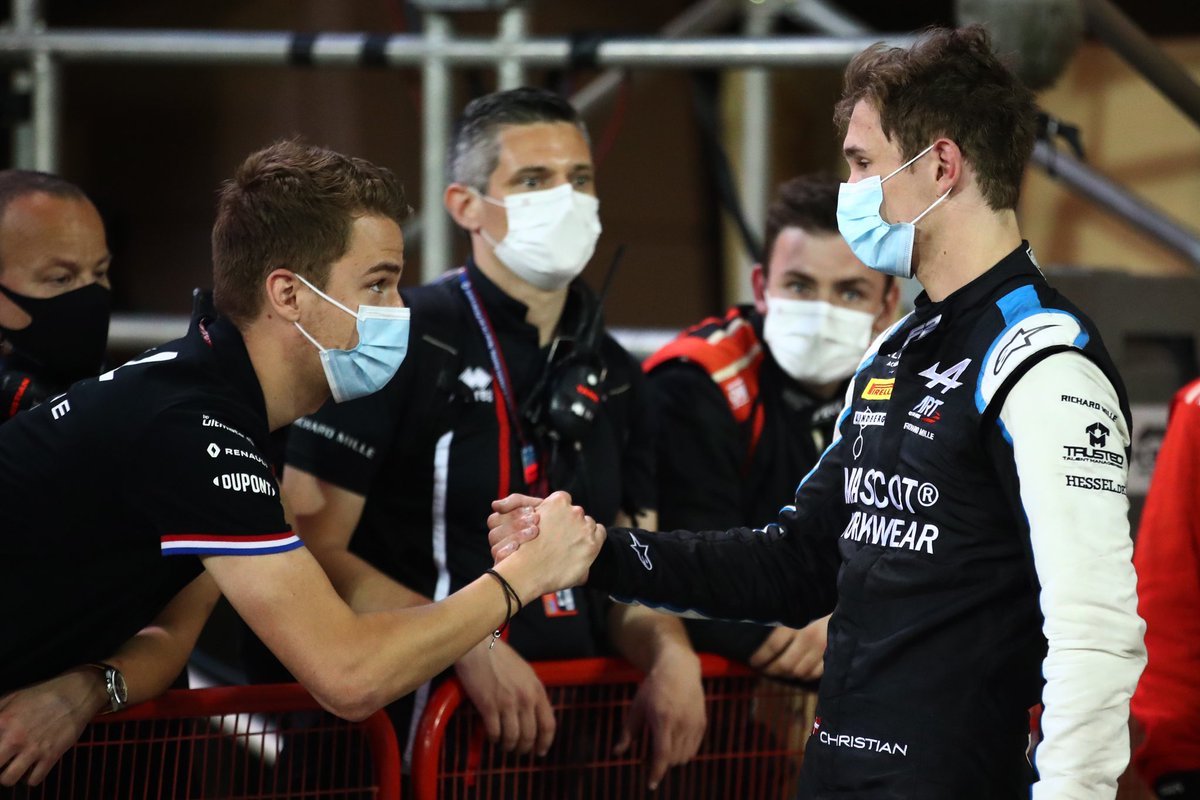 Christian Lundgaard has been given back second place in the second Formula 2 sprint race in Bahrain after confusion around a 10-second penalty he served during the race.

ART Grand Prix driver Lundgaard was given a 10-second time penalty for a collision with MP Motorsport’s Lirim Zendeli during the race, which left the latter with a puncture.

While not broadcast clearly on the television feed, Lundgaard served the penalty while making a pitstop during a safety car intervention.

That he served the penalty in the pits also hampered Lundgaard’s team-mate Theo Pourchaire, who opted to stop on the following lap behind the safety car rather than stack behind his team-mate.

Lundgaard charged through the pack in the closing stages on the fresh rubber along with Oscar Piastri and Juri Vips before the latter came to a halt. The Alpine trio battled hard on the final lap, with Piastri taking the win ahead of Lundgaard and Guanyu Zhou, who was on older rubber.

Initially, Lundgaard kept his second place on the timing screens and joined Piastri and Zhou in parc ferme, before he had 10 seconds added to his time and was prevented from going to the podium.

F2 later confirmed that Lundgaard had been reinstated to second place, stating that “the FIA needed time to confirm whether the Dane had taken his time penalty in a proper manner”.

In a post on social media, Lundgaard said: “Firstly I owe my apologies to Lirim for the Turn 1 incident. I got my P2 back in the end. I’m gonna go to sleep with some emotions to reset and then it’s full focus on the main race.”

Asked about the confusion during the press conference, Prema driver Piastri said: “I was aware earlier during the race that he had a 10-second penalty, and to be honest I thought he had taken his penalty in his pitstop because he entered the pits in front of me and came out quite a way behind.

“I don’t really know what happened there. But as far as I know, I was racing him for the win. So, I was definitely not going to let him past, and even if he did have a penalty applied, I wanted to get the win on track.”

The result drops Carlin’s Jehan Daruvala – who is under investigation for an unsafe release from his pitstop – off what was his second podium finish of the day.

Piastri was cleared of any wrongdoing following a moment with Lundgaard during the race, in which the latter ran off the circuit.