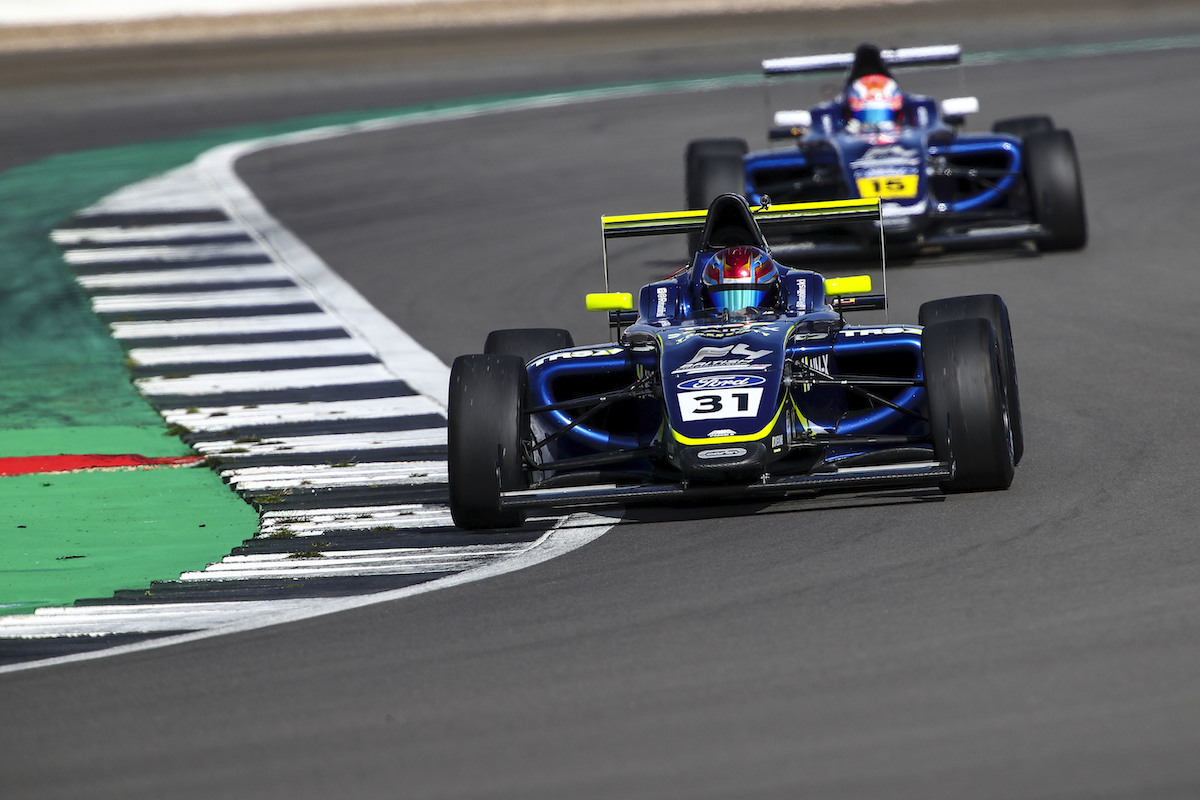 Roman Bilinski led a top five covered by less than a tenth of a second in British Formula 4’s official pre-season test on Silverstone’s National layout.

The Carlin driver was second to Argenti Motorsport’s Matias Zagazeta in the morning, with just 0.032s separating them in the three-hour session.

JHR Developments’ Abbi Pulling was third, having sat atop the times in the middle of the session, and was also within a tenth of the pace.

Hedley won four races for JHR last year as a rookie and has tested frequently with Fortec over the winter, while Anglo-Malaysian karter Taylor has karted in the United Kingdom and also tested with Fortec multiple times. He is evaluating either another year of testing with the team, or to debut in British F4 if a seat at Fortec becomes available.

Welsh karting graduate Matthew Rees set the early pace in the afternoon session, while his JHR team-mate Pulling was not allowed to go on track after a safety issue was found with the tub of her car.

As the end of the first hour approached, it was Arden’s Zak Taylor who was fastest, and he remained there for an hour until Zagazeta posted a 55.716s lap.

That still wasn’t beating the pace of the morning though, and it was late on that drivers went back on track collectively and Bilinski set the new 55.616s benchmark.

Hedley, who had been off the pace in the morning, went second fastest with his penultimate effort while Argenti’s Eduardo Coseteng rose to third and JHR’s McKenzy Cresswell to fourth.

Zagazeta was the only driver unable to improve on their morning session best in fifth, while Pulling was seventh overall and just 0.116s off Bilinski’s pace despite missing the second session.

A quarter of a second covered the top 12 drivers, and the full 18-car entry list was spread by just 0.614s on the short lap.