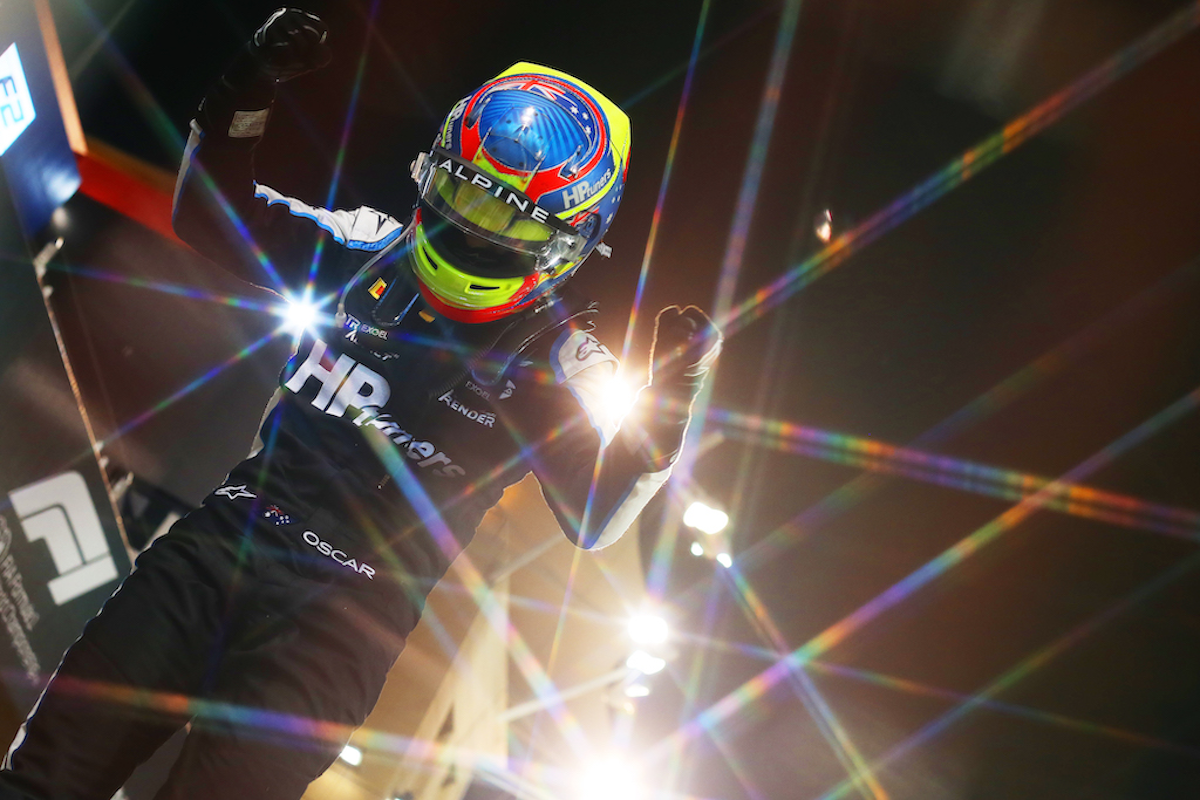 Alpine Academy driver Oscar Piastri revealed he was scared about performing his first Formula 2 pitstop in Bahrain, after winning what he described as the “craziest” race of his career.

Prema Racing-run rookie Piastri overhauled Guanyu Zhou on the final lap of Saturday’s second F2 sprint race at Sakhir to take his first victory at this level, but only after he had to perform a pitstop for the first time in anger.

Pitstops are not standard practice in F2 sprint races, but a number of drivers opted to do them under a late safety car, brought out following a collision between Zhou’s Virtuosi team-mate Felipe Drugovich and race one winner Liam Lawson.

That was largely a new experience for drivers such as reigning FIA Formula 3 champion Piastri stepping up from junior categories below F2, where pitstops are uncommon.

In the post-race press conference, Piastri was asked by Formula Scout what went through his mind during that phase of the race.

“Without swearing, yes, I was very scared about doing my first pitstop in that race,” he said.

“Obviously, it was a pretty late decision as well, but everything went smoothly. I think being under the safety car and the position we were in, it wasn’t the most high-pressured pitstop ever, but nonetheless still a bit daunting. It was definitely the right call in the end.

“We’ve done a fair bit of pitstop practice. Obviously, testing’s been here but in the support paddock so that was my first live pit entry. OK, it was under the safety car but trying to maximise the pit entry to firstly not go over the safety car delta and then secondly to make sure nobody behind was going to jump me in the pits.

“So, it was pretty different circumstances but I think the pitstop went pretty well. Obviously I’ve got another one tomorrow, so I’d like to think this one was good practice for that but yeah, we’ve done a fair bit of practice in testing.”

Piastri also said that this victory is the craziest he has ever had, coming in the craziest race he has raced in.

“I think regardless of whether it’s the second race or the last race I do in F2, I think that’s got to go down as the craziest race I’ve ever had and craziest victory I’ve ever had,” he said.

“I knew we were in a good spot [after the stop] and then I think I passed [Roy] Nissany and [Ralph] Boschung straight off the restart. So after that, I knew I was in a good spot and I could only see a couple of cars ahead and then Juri [Vips, who slowed with a technical issue].

“I could see that Zhou was struggling. Obviously he almost pulled off the softs the whole way. I managed to get past Zhou, had to deal with Christian [Lundgaard] so it was an Alpine sandwich. But yes, it was pretty crazy. I’m still processing it, to be honest.”