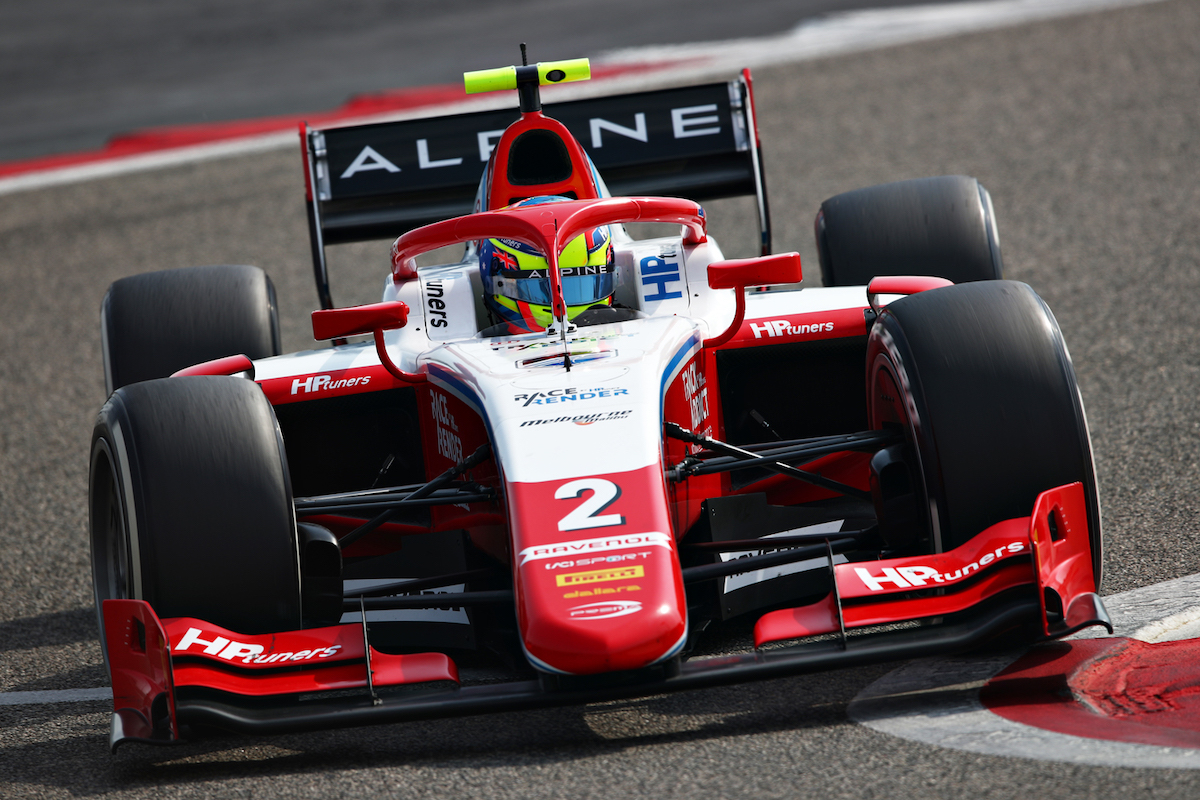 Piastri started sixth on the grid, but the race was interrupted early on for a collision between team-mate Robert Shwartzman and Carlin’s Dan Ticktum – the latter having his second bit of Turn 1 contact of the day.

At the front, Hitech GP’s Juri Vips – who started on pole after being disqualified from qualifying and recovering to 10th in the first race – battled with MP Motorsport’s Lirim Zendeli.

Meanwhile, Zhou, who started on softs, slotted into third and carved into the leaders’ gap quickly after the restart and was able to overhaul them both.

Zendeli’s race, however, was ruined after contact with ART Grand Prix’s Christian Lundgaard, who was later awarded a 10-second time penalty.

Lundgaard got caught in more drama after overtaking Virtuosi’s Felipe Drugovich and Saturday morning’s winner Liam Lawson together on lap 15 of 23, right before the latter two had contact that brought out the full safety car.

Eleven of the cars then pitted, including Vips from second, Lundgaard from third and Piastri from sixth. ART’s Theo Pourchaire was running seventh after starting from the back but he pitted a lap later, dropping him further down the order.

Vips was fifth at the restart and looked to be Zhou’s biggest threat but he began to lose speed on the exit of corners. He was also awarded a five-second time penalty for a VSC infringement, having almost caught Zhou prior to the green flag.

That left Piastri to overhaul Zhou in a titanic scrap that also featured the third Alpine junior Lundgaard. Piastri got past Zhou on the run to Turn 1 on the final lap, but also had to fend off Lundgaard diving down his inside

Lundgaard finished second on the road and his penalty was only applied to drop him out of the points after he got to parc ferme. Zhou took second, while Carlin’s Jehan Daruvala finished on the podium for the second time in a day.

HWA Racelab picked up its first point of the season courtesy of Matteo Nannini, who inherited eighth after Lundgaard’s penalty, while Vips slowed right at the end and parked up underneath the chequered flag.

DAMS’ Marcus Armstrong was on the same strategy as Zhou but dropped down to 10th after running third for much of the race from the rear of the field.