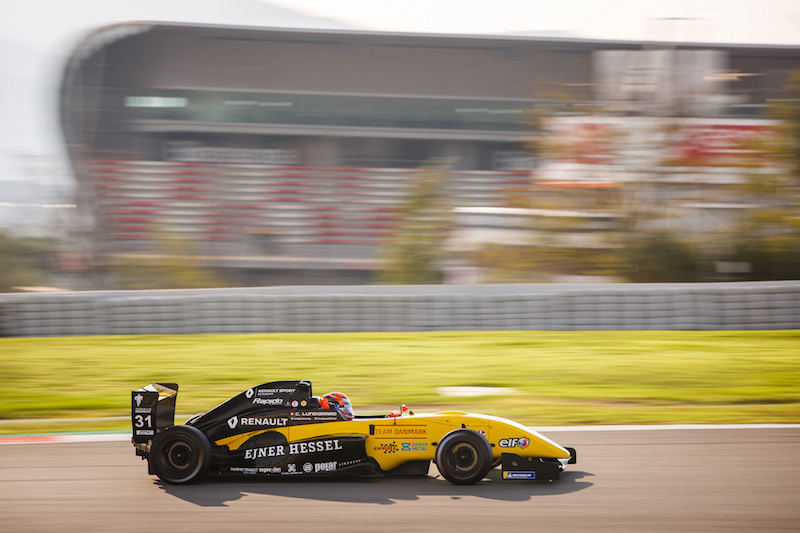 MP Motorsport’s Lundgaard and R-ace GP driver Fewtrell ran in the first of the two qualifying groups, something that would in theory be disadvantageous on a track that was drying after overnight rain.

Both Renault juniors set their best times inside the final minute of the session, with Lundgaard’s 1m55.288s enough for him to beat Fewtrell to top spot by 0.645s.

Logan Sargeant was in control in the second session but, not helped by a red flag with five minutes to go, was unable to match Lundgaard’s time, setting a 1m55.736s with his final attempt.

Fewtrell will be joined on the second row of the grid by Lorenzo Colombo, who was 0.375s away from Sargeant’s time in the latter group.

Colombo’s JD Motorsport team-mate Thomas Maxwell was third in the group, putting him sixth on the grid next to Victor Martins, who was a second adrift of Lundgaard’s time.

Alexander Smolyar and Charles Milesi rounded out the top five in group one, with Oscar Piastri and Frank Bird filling those places in group two.

Yifei Ye, who is second in the championship, 20.5 points behind Fewtrell and 16 ahead of Lundgaard, could only manage seventh in the second group, despite improving on his final lap.

That puts the Josef Kaufmann Racing driver 14th on the grid behind Alex Peroni, Neil Verhagen and Christian Munoz.

Sami Taoufik triggered the red flag in the second group when he spun into the gravel, ending up slowest.