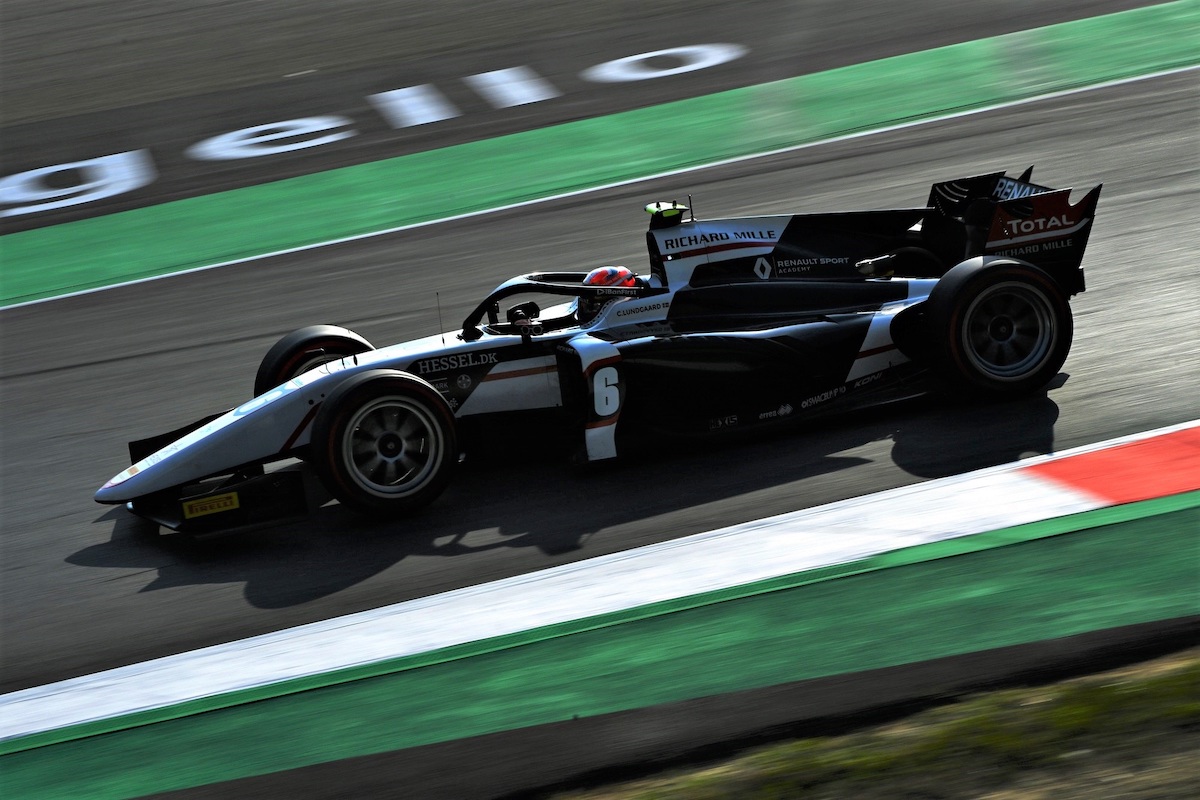 ART Grand Prix’s Christian Lundgaard dominated the Formula 2 sprint race at Mugello, while the Hitech GP duo who finished one-two on Saturday collided with each other.

Lundgaard started third and got an excellent launch to lead at the start of the 23-lap race, as front row starters Artem Markelov (HWA Racelab) and Juri Vips (DAMS) did not make ideal getaways.

From there, Lundgaard was able to pull away from Markelov as Charouz Racing System’s Louis Deletraz worked his way up the pack from sixth.

On lap six, Deletraz got past Markelov but had absolutely no answer for Lundgaard out front, who finished 14 seconds clear.

Meanwhile, Vips had got past Markelov and pressured Deletraz but fell short. Nonetheless, it is his first Formula 2 podium in his sixth start while standing in from Sean Gelael.

There was a virtual safety car for a crash between Hitech’s Nikita Mazepin and Luca Ghiotto on lap 15. Mazepin locked up going into the first corner and sent his team-mate airborne. While Mazepin appeared to escape damage, the team opted to pit him during the VSC, while the likes of Carlin’s Yuki Tsunoda and Trident’s Marino Sato also opted to stop for fresh tyres.

It appeared to work well for Tsunoda, however, he clashed with MP Motorsport’s Felipe Drugovich while battling over the lower points places. This gave Sato a chance for his first F2 point which he grasped – albeit coming just short of Carlin’s Jehan Daruvala at the finish.

Zhou had a lengthy battle with Prema’s Robert Shwartzman – who started last after issues in the Feature race – but came out on top as Shwartzman ended up just outside of the points despite contact with DAMS’ Dan Ticktum on the opening lap that forced the British driver into the pits at the end of the opening tour.

Former championship leader Callum Ilott was sixth after a recovery drive of his own, ahead of Daruvala.

Markelov finished 20th and last of the runners after contact with Ghiotto while also battling with Schumacher. His team-mate Giuliano Alesi retired after an issue in the pits during the VSC.