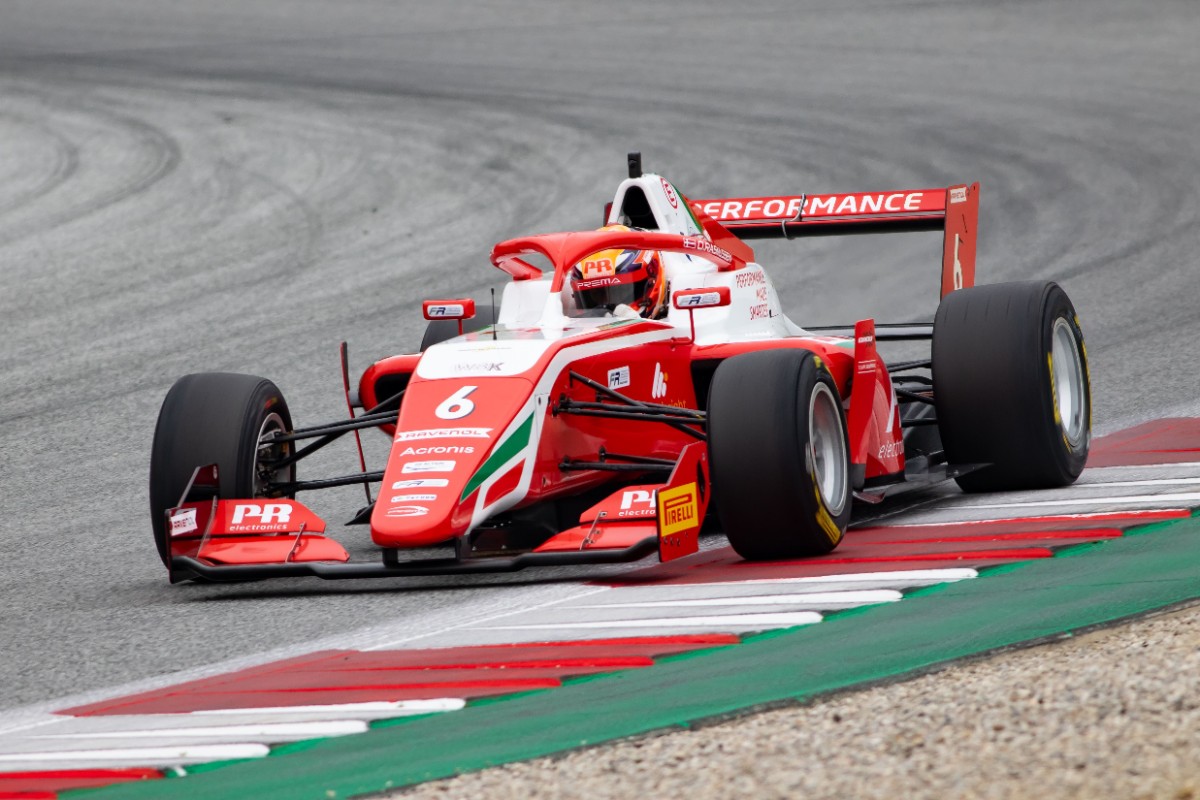 Oliver Rasmussen closed in on points-leading Prema team-mate Gianluca Petecof in the standings with a second Formula Regional European Championship win of the season at the Red Bull Ring.

The Dane passed poleman Petecof on the entry to Turn 1 on the opening lap, and spent the entirety of the race after that point defending from his team-mate.

Prema’s third car, driven by Arthur Leclerc, was only a second behind the top two for much of the race and he traded fastest lap with Petecof. Being faster than the leader was very different to being able to overtake though, and the trio ended up finishing in formation with Rasmussen at the front.

There was similarly little action in the battle for fourth, as Van Amersfoort Racing’s Pierre-Louis Chovet covered off KIC Motorsport driver Patrik Pasma’s opening lap attack and then kept a careful eye on the car behind him through the 22-lap race.

Chovet’s debuting team-mate Alessandro Famularo did make some moves after falling down the order on lap one, overtaking three cars in the first half of the race and then tracking down KIC’s Konsta Lappalainen to secure sixth.

Emidio Pesce was a distant eighth for DR Formula, but way ahead of Lappalainen’s debuting team-mate Nico Gohler and the fourth Prema car of Jamie Chadwick. Andrea Cola was the last finisher on the lead lap for Monolite Racing, as Gillian Henrion started late again then pitted on the opening lap and didn’t return to track.