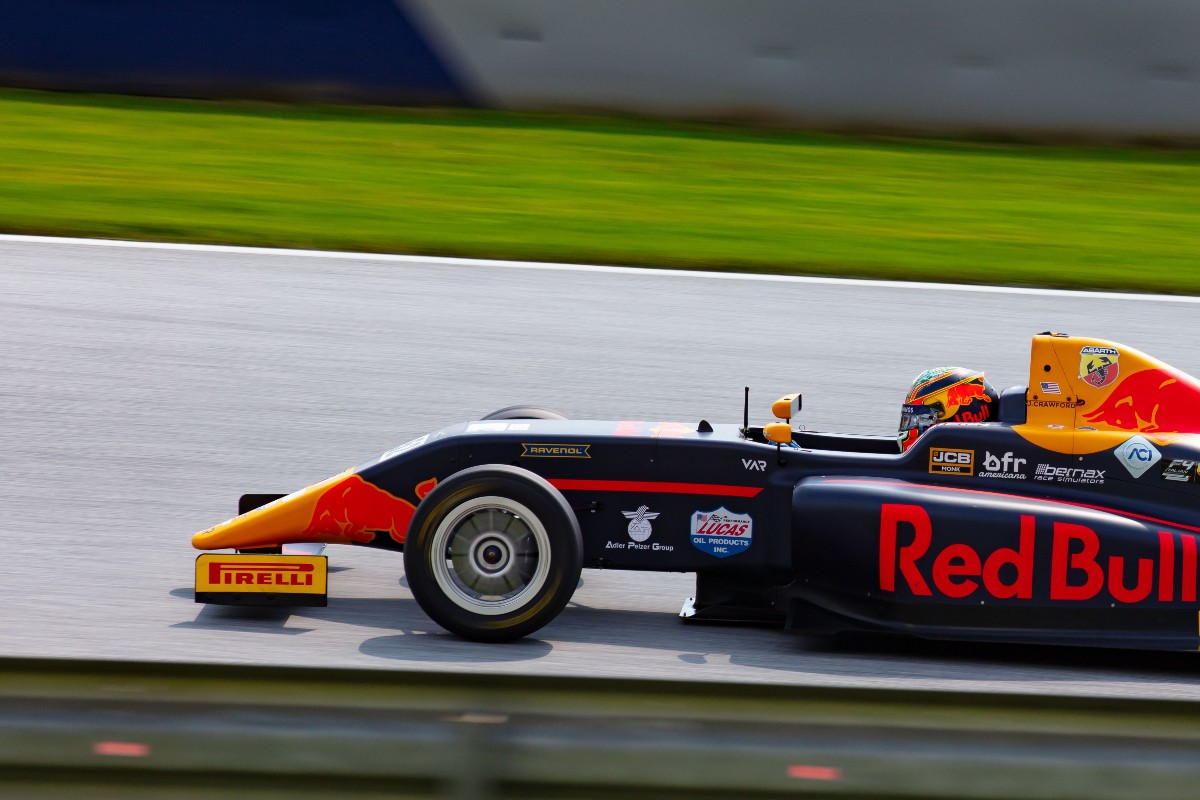 Jak Crawford claimed his first Italian Formula 4 win at the Red Bull Ring, earned after he came out on top in a three-wide overtake.

Gabriele Mini started from pole, but Crawford got past him on the rise to Turn 3 on lap one. Mini then braked late to reclaim the position, but had pressure from Crawford and his fellow Red Bull junior Jonny Edgar on the next lap.

On the run to the downhill Turn 4 lefthander, Crawford picked the outside line, while Edgar got a tow and was able to dive down Mini’s inside. The two Van Amersfoort Racing drivers went past cleanly on either side of Mini, and US Racing’s Ollie Bearman passed Mini down the inside at the exit too.

Edgar and Crawford were side-by-side afterwards, and only at Turn 7’s exit did Crawford finally get ahead.

Their battle didn’t end there, as Edgar tried again at Turn 4 on the next lap. This instead allowed Bearman through to second place, and chaos behind meant the safety car was called out shortly after.

Iron Lynx’s Leonardo Fornaroli was running without a front wing, and several drivers further back had spun. Bearman tried attacking Crawford on the restart, but then couldn’t challenge the American for the rest of the 20-lap race.

Edgar couldn’t keep up either, and was passed by Mini at mid-distance. He didn’t lose further places, as Mucke Motorsport’s Joshua Duerksen spun and BVM Racing’s Pietro Delli Guanti occupied himself with holding off the drivers behind him in sixth.

This included Prema’s Sebastian Montoya, who after battling with Bhaitech’s Jesse Salmenautio ended up losing his rear wing. He still held position though, leading a queue of six cars for several laps before eventually making one mistake and getting the expected technical flag to head to the pits.

Salmenautio and Rosso fought for much of the race, and the former dropped from ninth to 11th on the final lap.