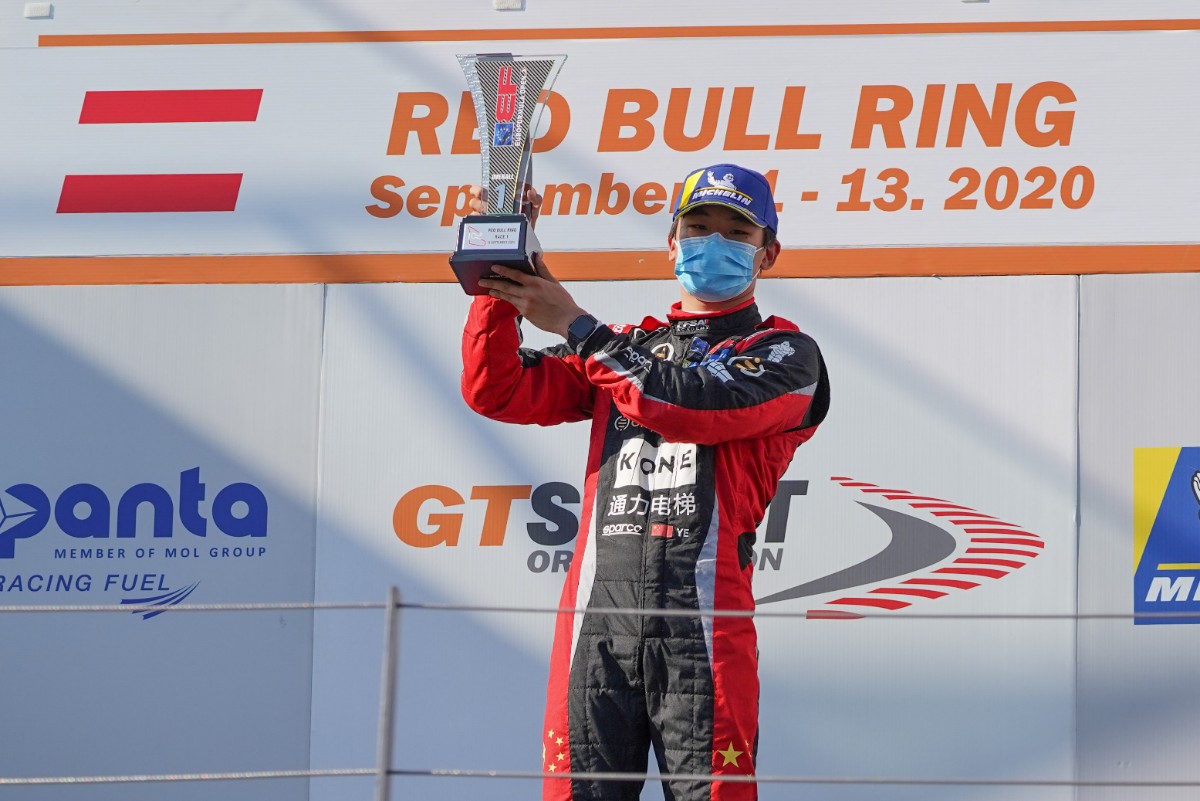 Yifei Ye extended his Euroformula points lead with a fifth win of the season at the Red Bull Ring, as his title rivals encountered trouble.

Poleman Ye was slow off the line and actually lost the lead on the exit of Turn 1 to Van Amersfoort Racing’s Sebastian Estner.

The advantage was Estner’s as they ran to Turn 3, but the German braked far earlier than Ye and that allowed the Chinese driver to dive down the inside. He then went wide on exit though, allowing fourth place starter Manuel Maldonado to draw alongside him for the lead.

Maldonado had the inside line for the downhill Turn 4, but went too deep and Ye was once again in the lead. From then on, the CryptoTower Racing Team driver repeated his race one dominance to win.

Estner also lost a spot to Maldonado’s Motopark team-mate Niklas Krutten and Carlin’s Ido Cohen on the opening lap, and Krutten spent the race eyeing up Maldonado for second place.

At the halfway point of the 20-lap race he want putting pressure on Maldonado, but couldn’t get close enough to overtake and ended up completing a podium lockout for German outfit Motopark as it also runs CryptoTower’ cars.

Estner moved back up to fourth after Cohen went deep into the Turn 10 run-off early on, and chipped away at the gap to the Motopark drivers but ultimately couldn’t gain enough to be involved in a podium battle.

Drivex School’s Glenn van Berlo put in a great driver to finish fifth, also gaining a spot from a Cohen error. Double R Racing’s Ayrton Simmons had been battling van Berlo at first, but once Cohen dropped down the order he ended up getting stuck behind the Israeli.

Van Berlo didn’t have the pace to pull away, but the pressure behind was lifted on lap 17 when Cohen had another wide moment. Despite this Simmons still couldn’t find a way past, and finished seventh.

Shihab Al Habsi had a lonely run to eighth in the second Drivex car, while a crash between Alexandre Bardinon (VAR) and Rui Andrade (CryptoTower) left them half-a-minute down and one lap down respectively in ninth and 10th.

They scored points because Ye’s title rivals suffered opening lap misfortune. For the third time in four races, Carlin’s Zane Maloney race was ended very quickly by engine issues, while VAR’s Andreas Estner qualified third but was hit by Maldonado and had to retire early too. He’s now 78 points behind Ye.