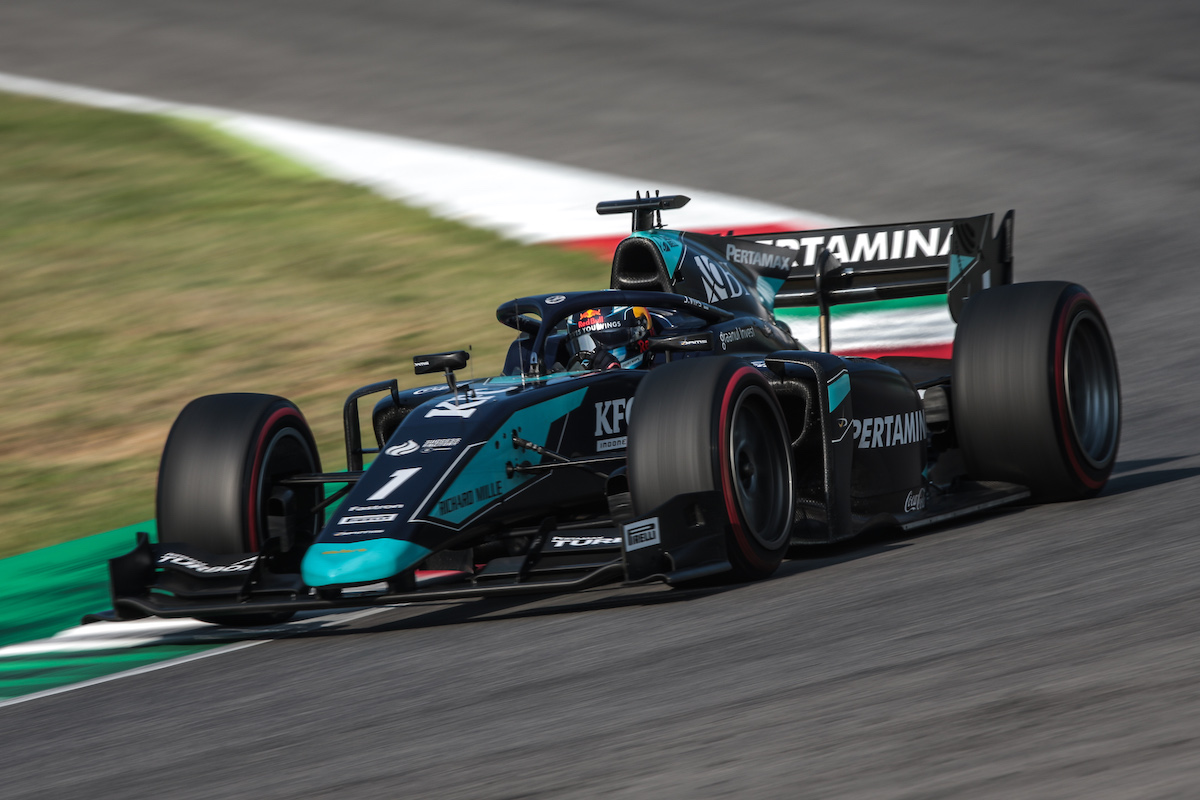 Red Bull junior Juri Vips says issues persist for him getting to Japan to race in Super Formula and he is therefore set to continue in Formula 2 for Sochi.

Vips was drafted in to replace Sean Gelael at DAMS after he was injured in the F2 feature race at Barcelona earlier in the year.

The original intention was for the Estonian driver to race in Super Formula this year with Team Mugen, however, travel restrictions brought on by the COVID-19 pandemic has made it difficult for Vips to participate in the category.

He therefore began racing in the Formula Regional European Championship with KIC Motorsport, but Vips was unable to challenge the Prema drivers for wins over the first two rounds and says he is unlikely to return to the series.

Speaking after taking his maiden F2 podium at the Mugello sprint race, Vips said it was increasingly likely he would remain with DAMS for another round.

“I think in Sochi [in F2], it’s looking more and more likely every day,” he said. “Because it doesn’t really look at the moment that I’m going to be able to enter Japan for round two which is during the same weekend as Sochi, so it does look likely for Sochi. Bahrain is a little bit less likely, but we’ll see. It depends on how Sean’s recovery is going.”

Vips gave details on the visa situation, outlining how the government from his home country has been trying to get something to happen.

“So [with] Formula Regional, it doesn’t look really likely that I’m going to continue,” he said.

“We’re still actively trying to get to Japan as we speak. The problem is Japan doesn’t issue visas since the end of March. So basically we contacted the Estonian government, contacted everybody we can to try and force some kind of special permit but at the moment with no success.

“But really, also massive thanks honestly to the Estonian government because they wrote a really strong and nice letter to Japan but still, unfortunately, it wasn’t enough for the visa.

“We’ll still try and go there. It’s the number one programme that I should do this year but if not then I’ll do Formula 2 as long as I can, as long as Sean is recovering.”

Motopark’s Super Formula drivers Sergio Sette Camara and Charles Milesi also seem unlikely to make it to Japan, with a team source telling Formula Scout that he expects them and Vips to be absent for the whole season.