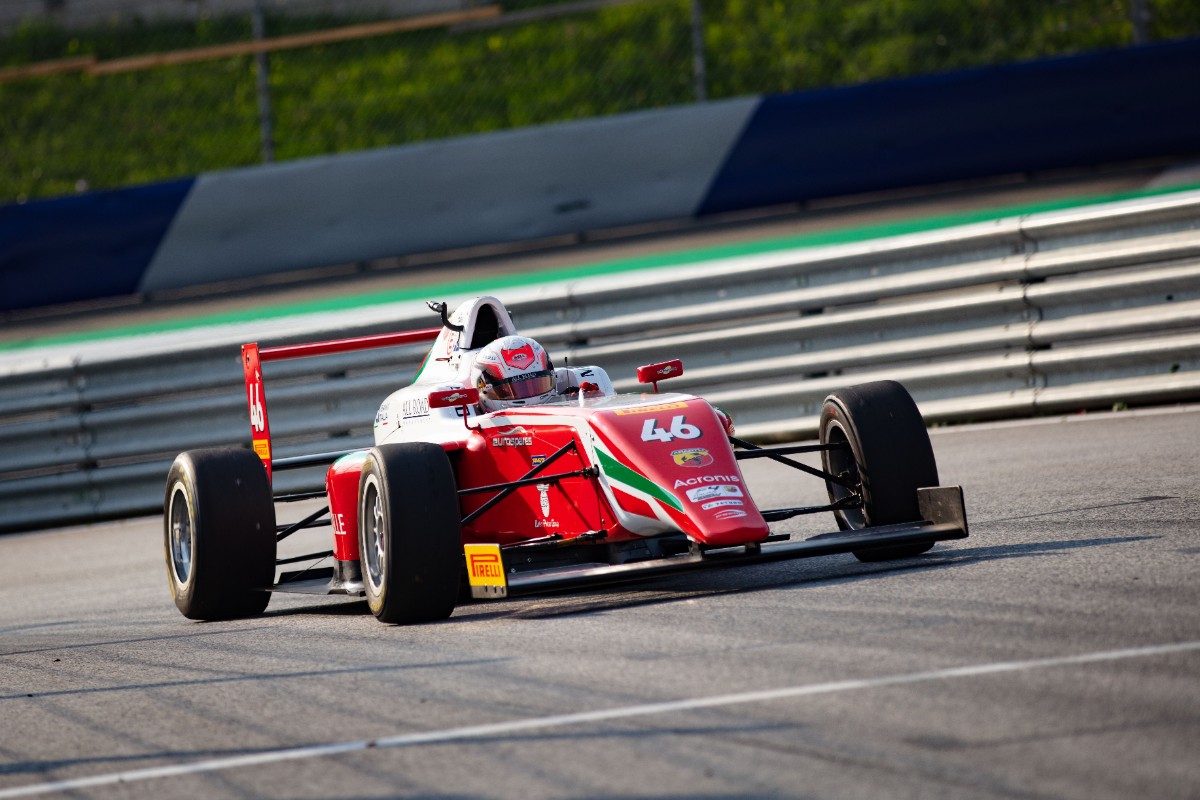 Gabriele Mini held off Joshua Duerksen to win the final Italian Formula 4 race at the Red Bull Ring and extend his series lead.

Duerksen ran in fifth place in the early laps, picking off US Racing’s Ollie Bearman for fourth on lap four, and then passing Jonny Edgar for third on lap six. Edgar’s Van Amersfoort Racing team-mate Jak Crawford was disposed of before half-distance, and Duerksen then set about chasing down Mini.

It took a few laps to get onto Mini’s rear, and Duerksen had the advantage most times as they scaled the hill to Turn 3. Mini always held onto the position though, regardless of which side Duerksen tried overtaking on, and after 21 laps they finished 0.323 seconds apart.

Crawford didn’t lose time to them and finished third, ahead of Edgar and Bearman – who had to repass VAR’s Francesco Pizzi to take the position after losing spots early on.

After some early rising and falling down the order, BVM Racing’s Pietro Delli Guanti settled into seventh place until he was punted around by Bhaitech’s Jesse Salmenautio at Turn 3 with five laps to go. That promoted Prema’s Sebastian Montoya and Dino Beganovic to seventh and eighth – the latter another who faded after being higher up the order early on – and Jenzer Motorsport’s Francesco Simonazzi to ninth.

Iron Lynx driver Leonardo Fornaroli secured the final point after battling first with the Prema pair and then with Axel Gnos and Josef Knopp, while Gabriel Bortoleto recovered to 13th after being spun by team-mate Montoya on the opening lap.

On the penultimate lap there was another clash, as Bhaitech’s Zdenek Chovanec drove into Jenzer’s Piotr Wisnicki at Turn 4. This mixed up the order towards the back, with Sauber and Nico Rosberg karting graduates Dexter Patterson (Bhaitech) and Cenyu Han (VAR) jumping up to 16th and 17th.