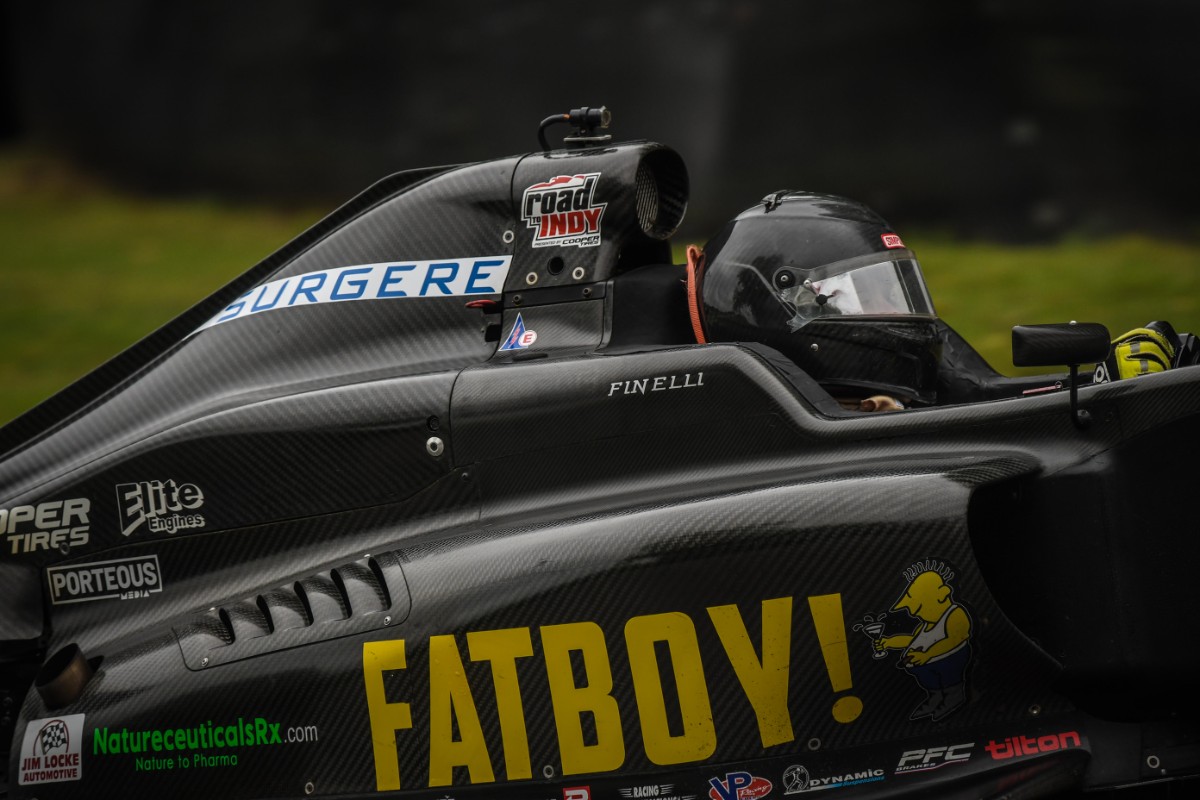 The second Indy Pro 2000 race at Mid-Ohio will run in two segments today, after heavy rain red flagged the first attempted running of the race.

Turn 3 Motorsport drivers Danial Frost and Antoine Comeau, as well as DEForce Racing’s Kory Enders, all span on the warm-up laps behind the pace car, and Enders race came to an end as a result.

The race start behind the pace car was no less treacherous, and when cars were released on lap three to race it quickly turned into a mess.

Poleman Manuel Sulaiman, who won the first race of the weeekend, immediately skated into the Turn 1 gravel. Andretti Steinbrenner Racing’s Devlin DeFrancesco and Pabst Racing’s Hunter McElrea did the same, while McElrea’s team-mate Colin Kaminsky went off at Turn 2, and the race was brought under full course yellow conditions not long after.

Juncos Racing’s Sting Ray Robb and DEForce Racing’s Parker Thompson had immediately pulled away before the FCY was brought in, with Artem Petrov (Juncos) and Jacob Abel (Abel Motorsports) rising up to third and fourth from the very back of the grid.

At the end of the next lap the cars returned to the pits behind the pace car, and the race was officially red flagged. While the cars sat in the pits, the crashed vehicles from the restart were able to be recovered and driven back to join the rest of the field.

It was then announced that the race would be restarted at a later time during the day, with the hope that weather conditions would improve while no cars are on track.