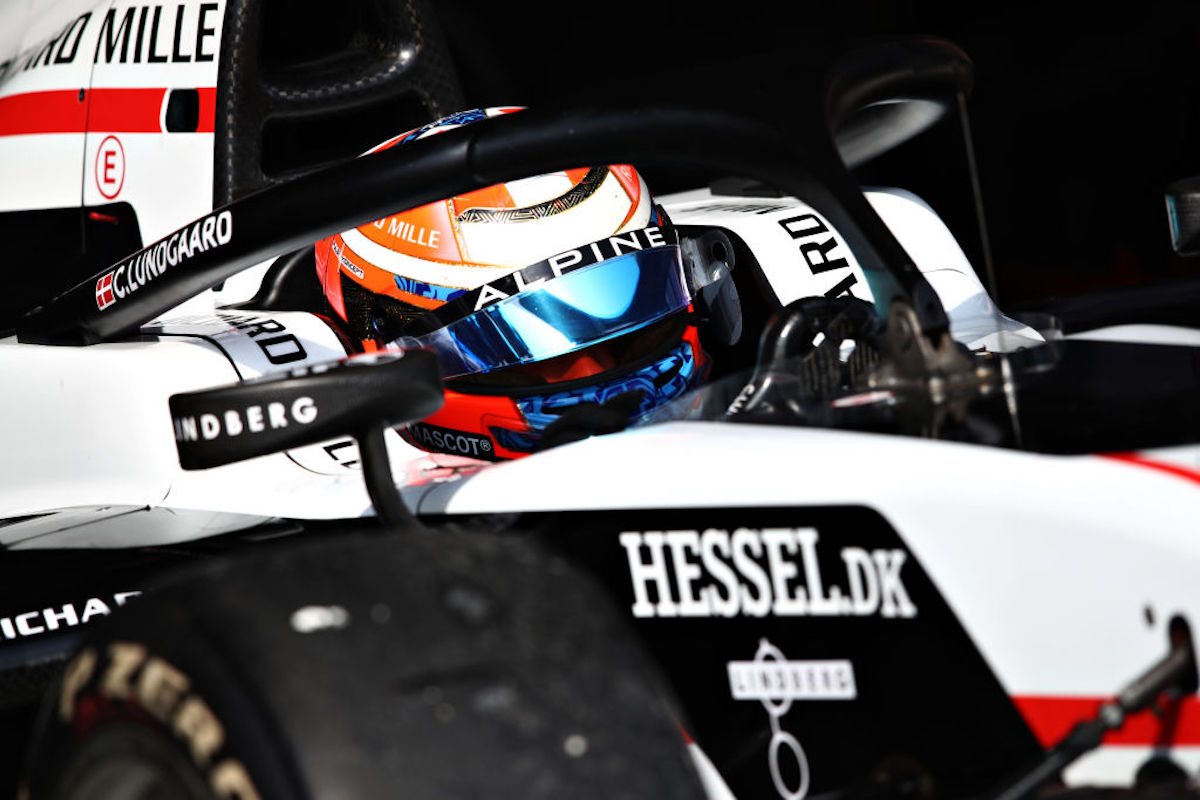 Christian Lundgaard is positive for the first race of the Formula 2 season in Bahrain, despite a qualifying that ‘hurt’ him when he was beaten by Alpine Academy stable-mate Guanyu Zhou.

Lundgaard led much of the closing stages of qualifying but was pipped in the final moments by Virtuosi Racing’s Zhou, who edged him out by just 0.003 seconds right at the end of the session. Zhou, however, is under investigation for not returning to the support paddock pits after qualifying.

Despite being very quick over one lap in testing in Bahrain a few weeks ago when he set the fastest time, Lundgaard was surprised to be so high up the qualifying order. He had been 13th in the earlier practice session, again just one place behind Zhou.

“Obviously I’m happy to be sitting here but it hurts to be beaten by three thousandths by your Academy mate,” the ART Grand Prix driver admitted in the post-session press conference.

“But otherwise, I’m happy. I definitely wasn’t expecting this after practice so I can’t be anything else but happy at the moment.

“I need to wait to see what the final decision will be [on Zhou], but otherwise I’m looking forward to starting either P9 or P10 tomorrow,” he said, referring to Saturday’s first sprint race, which will feature the top 10 from qualifying flipped.

Lundgaard also stated that he remains unsure about whether he feels he can win this weekend.

“Yes and no,” he said of his chances. “To be honest, I feel confident that we’ve found something, even from the tests, that we can use but obviously we don’t know what everyone else has found.

“In the end, we will have to see tomorrow but if I do my job good enough, then I think we have a possibility to fight, yes.”

He also spoke about the reasons behind the leap in performance from free practice to qualifying.

“I think it’s a mixture between a lot of things. We have a car balance that we tried to fix for quali, but also it’s two different compounds. And I think a lot of the drivers struggled in FP with poor grip.