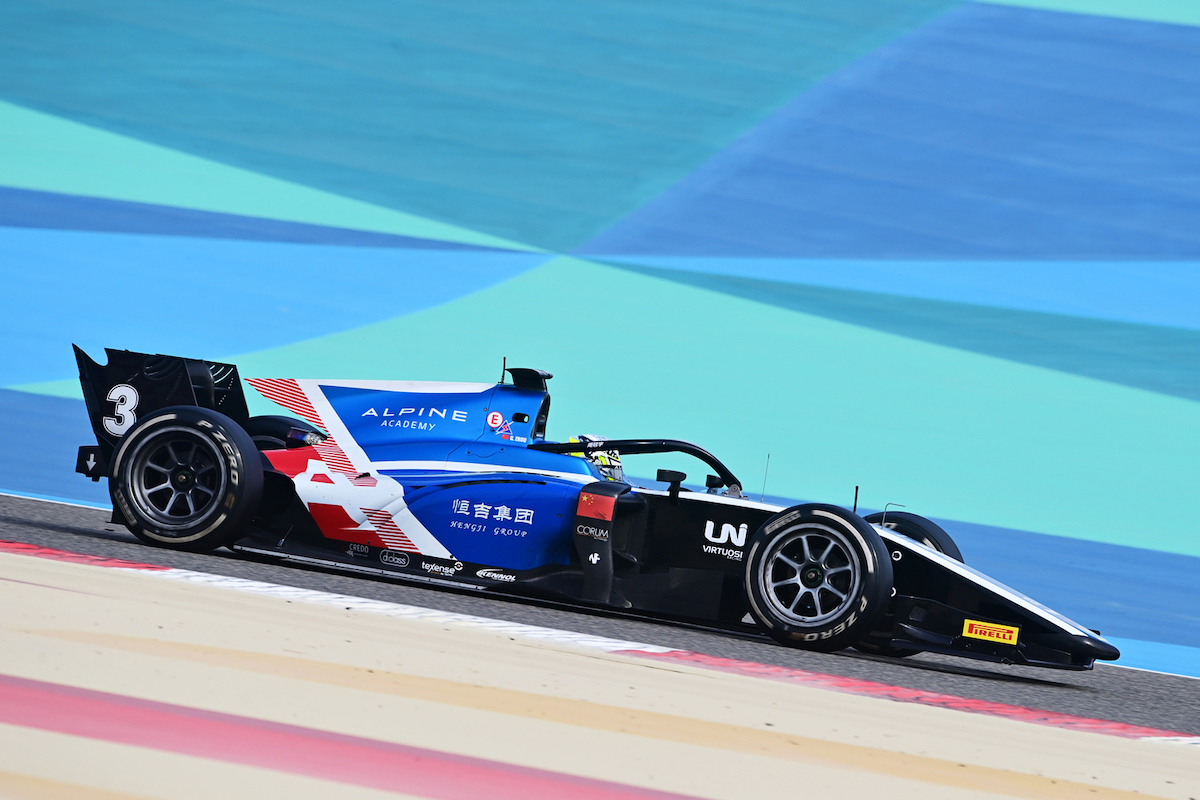 Guanyu Zhou topped the first Formula 2 qualifying of 2021 at Bahrain by just 0.003 seconds, while debutant David Beckmann will start the season-opening sprint race from reversed-grid pole.

Zhou, who also took pole for the first feature race of 2020, sat in the pits while the other 21 drivers circulated and put in laps on their first set of soft Pirelli tyres.

When the track was clear, the Alpine junior was the sole car on track and, despite a moment at Turn 4, was able to overhaul Virtuosi team-mate Felipe Drugovich at the top of the timesheets.

From there, Campos’s Gianluca Petecof was the first driver to go out on a second set – putting in a time just as much of the field came out of the pits.

Those drivers were on their preparation for their quick lap when Prema Racing’s championship favourite Robert Shwartzman came to a halt in the final corner with an unspecified issue. He was fifth at the time and was unable to restart.

Zhou, therefore, didn’t have a heat cycle in his tyres when the session resumed.

Lundgaard put in a spectacular lap by going straight for a flying lap, smashing the initial times set by the Virtuosi pair.

Zhou and Drugovich left it until the final moments before setting their final laps, and Zhou was able to edge his Alpine stablemate Lundgaard by just three thousandths of a second.

Zhou, however, was under investigation for entering the F1 pits after realising he had missed the support pits and was reprimanded.

Drugovich ended up third fastest, ahead of Carlin’s Dan Ticktum – who had a bit of traffic on his final lap. Juri Vips was fifth for Hitech GP ahead of MP Motorsport’s Richard Verschoor, who finished as the top rookie having been confirmed by his team for this round only round earlier this week.

Numerous other drivers are under investigation, including Trident’s Bent Viscaal for being restarted in the pitlane as well as drivers who returned to the support race pitlane before the session had concluded.