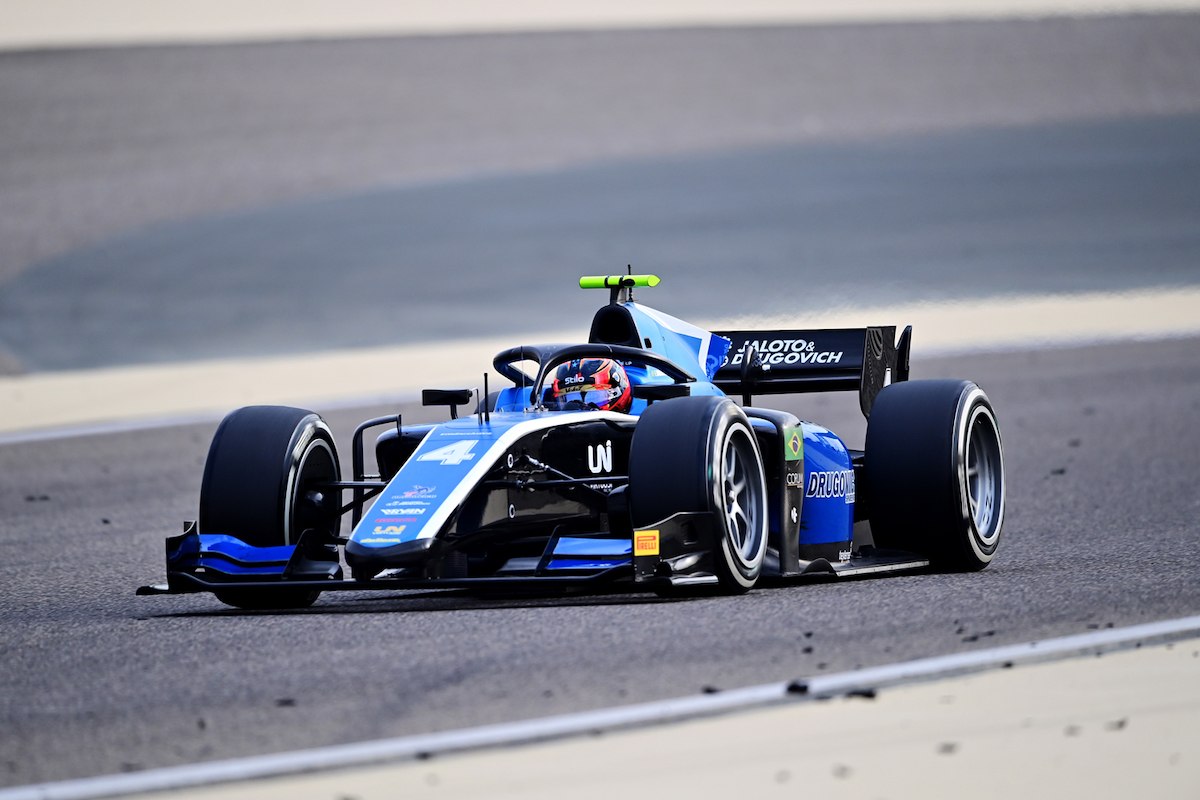 Virtuosi Racing’s Felipe Drugovich became the first driver to top a Formula 2 race weekend session in 2021 after coming out on top in free practice in Bahrain.

F2’s practice was the first single-seater action ahead of the Bahrain GP this weekend – the curtain-raiser for both Formula 1 and F2.

After putting in installation laps at the start of the 45-minute session, many of the drivers sat in the pits for the first half of the session. Drivers are already very familiar with the Sakhir circuit, with all 22 having taken part in pre-season testing and having raced there in November.

HWA Racelab’s Matteo Nannini was the first driver to put in a laptime, which was fairly unrepresentative. By the conclusion, the driver who will also be racing in FIA Formula 3 had put in more laps than anybody else – with 19.

It was until the halfway point of the session where the majority of the drivers managed to place in a representative time.

Carlin driver Dan Ticktum was the first to put in a decent time, but he was surpassed by Drugovich – who won in Bahrain in November – to the top of the timesheets with a 1m45.340s.

While several drivers had lockups, especially into the difficult braking zones of Turn 1 and Turn 10, the session ran without any notable incident.

The top 15 were separated by a second, with the top 20 by 1.5s. Nannini and HWA team-mate Alessio Deledda were at the bottom of the timesheets.