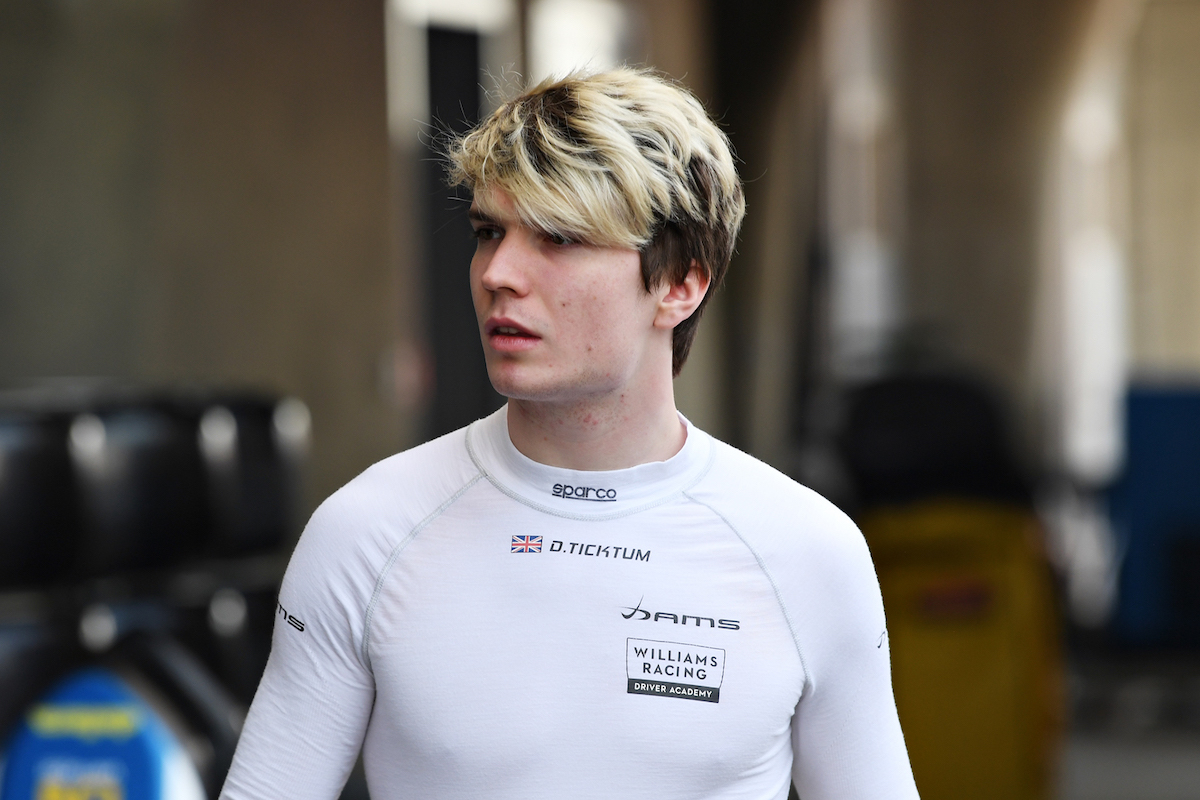 Formula 2 racer Dan Ticktum will continue his role with the Williams Racing Formula 1 team this year.

Formerly a Red Bull junior, Ticktum signed with Williams ahead of his move into F2 in 2020, focusing mainly on simulator work at the team’s Grove factory.

Although Williams changed ownership during 2020, the team announced on Friday ahead of the F1 and F2 season openers that Ticktum will stay on as its development driver.

“I am very happy to be continuing my partnership with Williams as development driver,” he said. “It will be fun to get more time trackside this year as last year was quite difficult, so it will be nice to get more involved with the team at the track.

“I am looking forward to continuing my support in the sim, and I am very focused for this year. I still have a lot of work to do as my season hasn’t started but I am privileged and very happy as always to be representing Williams.”

The announcement means Williams has retained all of the young drivers it had on its books in 2020. Jack Aitken remains its reserve driver, Ticktum’s F2 rival Roy Nissany stays as test driver while Jamie Chadwick also retains her development driver status.

“It’s great to be continuing our working with Dan in his role as development driver for Williams Racing,” said team principal Simon Roberts.

“He is a very exciting young driver with plenty of talent, which is evidenced by his back-to-back successes in Macau along with his impressive rookie season in F2 last year.

“We got to see first-hand his skills in the simulator and Dan played an important role in helping with car development, along with becoming a well-respected member of the team. We look forward to watching him grow and develop in 2021.”

Ticktum finished 11th in the 2020 F2 standings with DAMS and has joined Carlin for the new season.

Ahead of practice in Bahrain the Williams Racing Driver Academy logo has been applied to his Carlin livery, which since pre-season testing has taken on a darker blue to match that of Red Bull-backed team-mate Jehan Daruvala. F2 regulations require each team to use the same base colour across both of its cars.

She still looks 👌 though pic.twitter.com/GVwHekoa1b