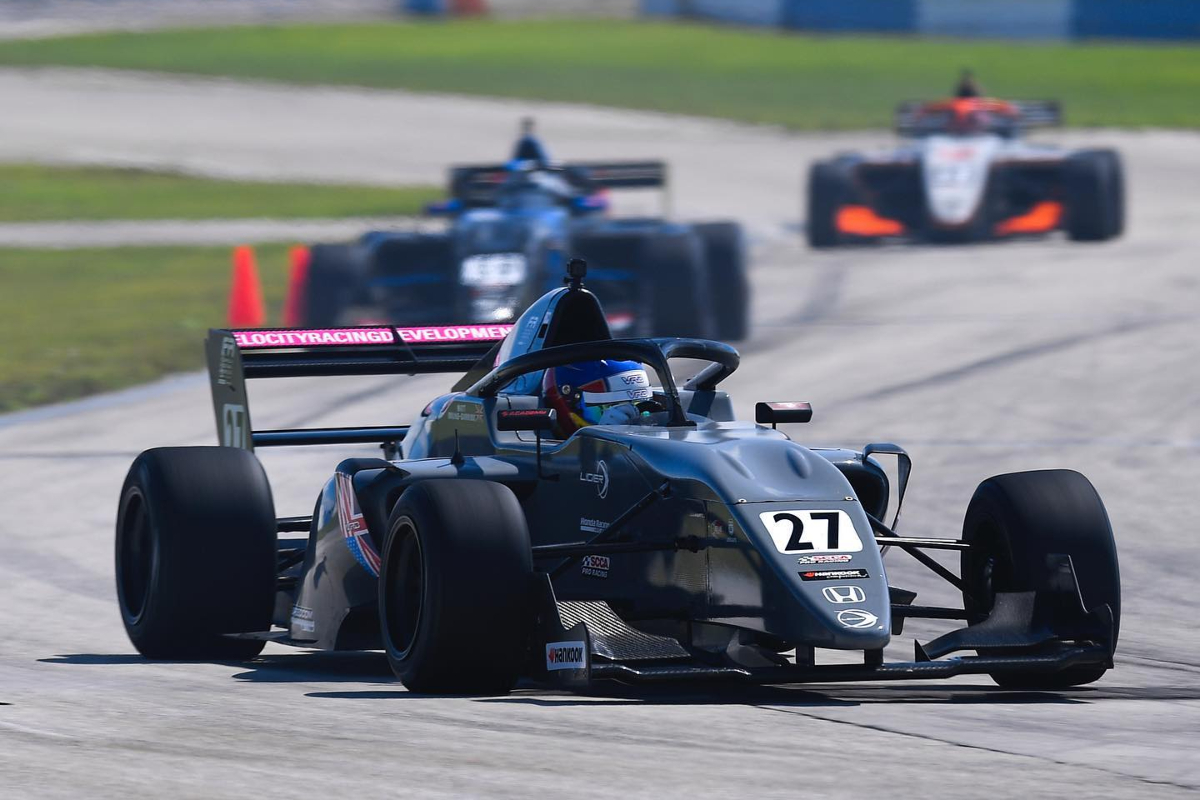 Round-Garrido has been testing with the team over winter, working with its other FRegional Americas drivers as well as seven-time NASCAR Cup champion Jimmie Johnson, after making his series debut with Velocity at Sebring last year.

In his first Regional Formula 3 appearance he got a best finish of sixth, and is one of 12 drivers entered for the 2021 season opener at Road Atlanta.

“Very pleased to announce I’ll be driving for Velocity Racing Development in the Formula Regional Americas championship for 2021,” said the 20-year-old.

“I want to say a huge thank you to [team co-owner] Dan Mitchell and Rob Yeany for the huge opportunity and all the people behind the scenes who managed to get me in the seat.”

After starting his single-seater career in Formula Ford 1600, winning the 2018 Northern Irish title and coming third in the BRSCC National championship, Round-Garrido moved to America and has raced mostly on the Road to Indy.

In addition to Round-Garrido, another late addition to the FRegional Americas grid is Baptiste Berthelot. The Frenchman has experience in French Formula 4, Ultimate Cup Series Single-Seater Challenge and sportscar racing in LMP3 prototypes, and will be the fourth driver of the new TJ Speed team.

The winner of this year’s title will get a $600,000 scholarship from Honda to move up into Super Formula for 2022.

United States F4 supports FRegional Americas at Road Atlanta, and there has been more late signings to the grid in that series too as karting graduates Cooper Becklin and Chase Gardner joins Kiwi Motorsport and Team Crosslink respectively.