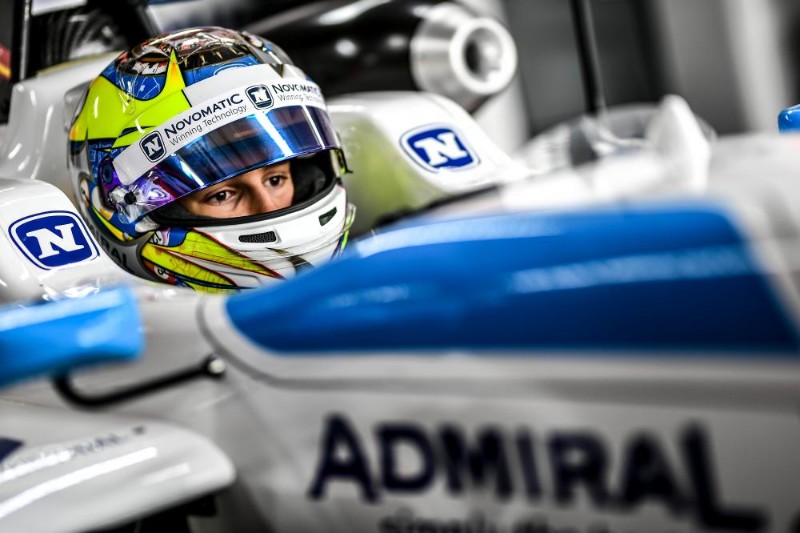 The 17-year-old, a winner in LMP3 prototype sportscars, finished third in EF Open this year with Teo Martin Motorsport. He took two poles in the first half of the season, but his team then dipped in form after both of his team-mates departed.

Dunner will join MP, who he raced for in Spanish Formula 4 two years ago, for all three days of next week’s FIA F3 test at Valencia ahead of his racing debut in the car at the Macau GP in November.

“I’m really excited to drive the FIA Formula 3 car. I looked closely at every race for the new car, and also I’ve talked with my engineer already a bit about it,” Dunner told Formula Scout.

“The excitement for Valencia, and especially for Macau, is really big. It’s a new challenge, new car, not new team because I drove with them already in Formula 4, but a new environment to work in. It will be interesting and a lot of fun I think.

“I will do a lot of simulator work before Macau with AVL in France. We will work day and night to prepare as well as possible for Macau. We’re learning the track for 2020.”

Dunner worked in EF Open with Paolo Angilella, who engineered Felix Rosenqvist and Mick Schumacher to FIA European F3 titles with Prema, and who will follow the Austrian to MP Motorsport. His trackside work will not begin until after the Macau GP as he serves gardening leave.

Red Bull junior Liam Lawson, who won this year’s EF Open rookie title and raced for MP in the inaugural FIA F3 season, is set to be Dunner’s team-mate in Macau.

Their EF Open rival Calan Williams will join Jenzer Motorsport for the Valencia FIA F3 test, ahead of a planned step up to the championship in 2020.