GP2 runner-up gets Formula 1 race seat for 2013 season after Marussia parted company with Timo Glock for financial reasons. We analyse the Brazilian’s career so far and deliver our verdict on his ability…

Marussia confirmed Luiz Razia as its second driver for the 2013 Formula 1 season as it unveiled its new car at Jerez. The Brazilian joins fellow rookie Max Chilton at the team and replaces Timo Glock, who parted company with Marussia last month due to the squad’s financial difficulties.

23-year-old Razia finished runner-up in the GP2 Series in 2012 after four seasons in the category. He was a test driver for the Marussia team when it was known as Virgin back in 2010, and also had a spell with Team Lotus (Caterham) in 2011 before further tests with Force India and Toro Rosso in 2012.

“It is fantastic to be back with the Marussia F1 Team and with pretty much the same group of people I worked with back in 2010 when I was Reserve Driver,” said Razia. “Having been in that position, I know this Team rewards determination and success in its young drivers, the intention of its Programme being to school the next generation of racing driver.

“I am very proud to take the step up to a Formula 1 race seat, particularly with the Team I began this journey with, since they helped show me what it takes to progress to the highest level. The past two seasons in GP2 have been all about proving that I have what it takes and that I?m ready. This coming season will be all about rewarding the faith the Team have shown in me.

“I am looking forward to beginning that process in Jerez where we are testing the MR02 for the first time. I am also looking forward to the first race in Melbourne and I?m excited to be racing alongside Max, who I competed ?against? last season. This is an important year for the Marussia F1 Team in terms of maintaining the momentum from a very positive 2012 season. I look forward to making a valuable contribution to that.”

Team Principal John Booth added: “We are pleased to have concluded our driver line-up, which means that we can now focus all our attentions on what looks set to be a very promising 2013 season. Luiz isn?t new to our Team of course, having been Reserve Driver in our debut season in 2010 and part of our Young Driver Programme.

“It is therefore very pleasing to have not one but two graduates of that Programme driving for us in 2013, and also very exciting, since both Luiz and Max demonstrated a great deal of potential competing alongside each other in GP2 last season. When Luiz moved to GP2 in 2011, we had every expectation that he would progress to the extent that he has. He is a very quick and tenacious driver who battled hard to the runner-up spot last year. Together with Max, we are fielding a young but incredibly ambitious pairing and we look forward to seeing what they can achieve.” 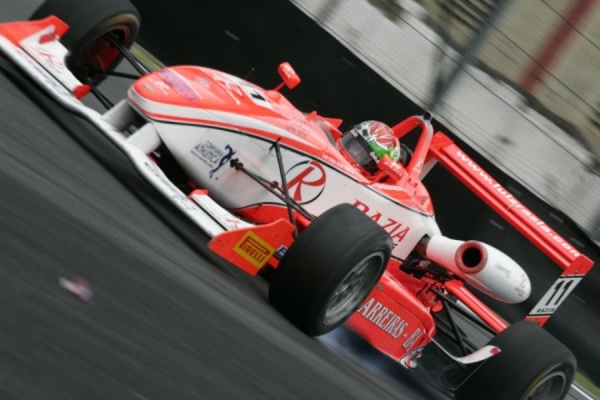 Razia was F3 champion in South America at 17 (Photo: luizrazia.com)

Razia began competing in Autocross events in his native Bahia state aged 12 before doing a year of karting in 2004. In 2005 he moved into cars, finishing tenth in the Formula Renault 2.0 Brazil series and sixth in the more powerful, but less well-supported, South American F3, where he won two races. In 2006 he won the F3 title with seven wins.

Late that season he made his first steps in Europe, contesting a round of the F3000 International Masters series at Estoril. He won all three races that took place, the fourth being cancelled due to the weather conditions.

For 2007 Razia entered the Euroseries 3000 category (today known as Auto GP), claiming four podium finishes on his way to third in the final standings. He remained there for a second season in 2008 but could only finish fourth.

He made the step up into GP2 for the 2008-09 Asia Series, joining the Arden team. He finished the six-round campaign with a sprint race win from a reverse grid pole position, finishing 13th in the standings. He contested the 2009 main series season with the FMS/Coloni team, scoring his first point at Monza and winning the sprint race the next day from pole as he finished down in 19th in the standings.

In 2010 he joined Pastor Maldonado at the Rapax team but while the Venezuelan dominated the championship, Razia had to make do with three sprint race podium finishes and 11th place overall. He spent the year as a reserve driver at F1 newcomers Virgin, driving the team’s car at the Young Driver Test in Abu Dhabi.

He switched to Team Lotus for 2011, both in F1 as a reserve driver and as part of their new GP2 team. While he had Friday practice run-outs in China and Brazil, his GP2 form was no better than the year before, with just two podium finishes in Valencia and Hungary, the latter coming from a proper feature race pole position, as he slipped to 12th overall. 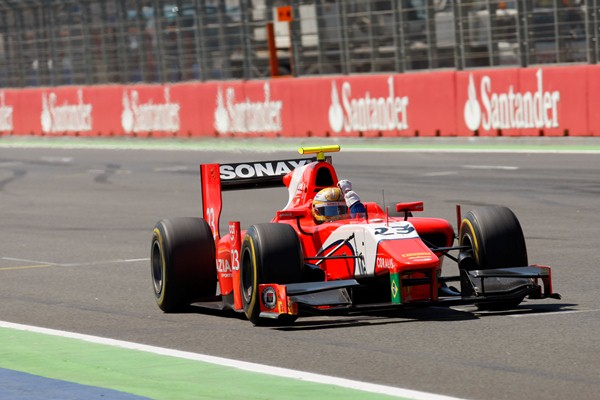 Razia was considering giving up on racing, but then Christian Horner gave him a call, offering him a place in his Arden GP2 team which had been struggling and in need of some experience. The relationship immediately gelled as Razia beat pre-season favourite Davide Valsecchi (with four previous seasons of GP2 to Razia’s three) to victory in the season opener at Malaysia. After Valsecchi dominated in Bahrain, three sprint race wins in the middle of the year (including a staggering last lap double-pass for victory in Valencia) put Razia back at the head of the standings. A double non-score in Monza however paved the way for Valsecchi to secure the title in Singapore.

Razia had already tested for Force India in their Young Driver Test at Magny-Cours in September and had another chance in F1 machinery with Toro Rosso in Abu Dhabi in November. Like his new race drive, all of his F1 opportunities have come about thanks to some generous financial backing, the source of which is something of a mystery, even in Brazil.

Razia’s career has been a mixed one to say least, with some prodigious results early on followed by slow progress. Then came 2012, which was highly impressive in some parts, particularly in his management of the Pirelli tyres which enabled that Valencia victory amongst other top performances, and also in his overtaking.

But that overtaking was mainly only necessary due to an awful qualifying record. He was never on pole last year, only on the front row in Malaysia and had an average feature race starting position of ninth. And qualifying in the top ten was a rare event prior to 2012, despite that Hungaroring pole.

That’s unlikely to be an issue at Marussia though, where he’ll be fighting for the last four spots at best – although in Chilton he has a teammate who was the best qualifier in GP2 last year. And while his campaign wasn’t the most convincing a fourth year driver could have put in, he ended up as a GP2 runner-up, and therefore deserves a chance to see what he can do in F1.

Incidentally Razia’s the fourth Brazilian to finish runner-up in GP2 – he’ll hope for a more successful time in F1 than Piquet, Di Grassi and Senna. 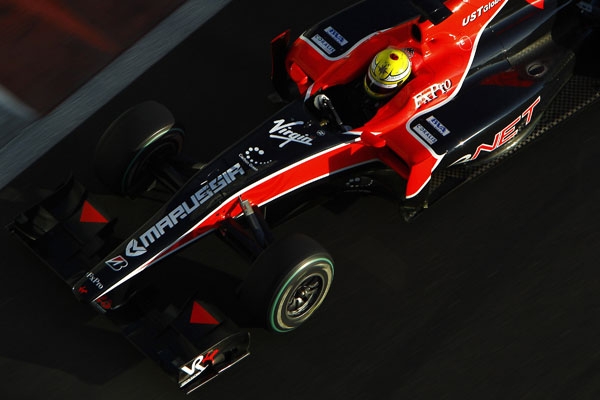